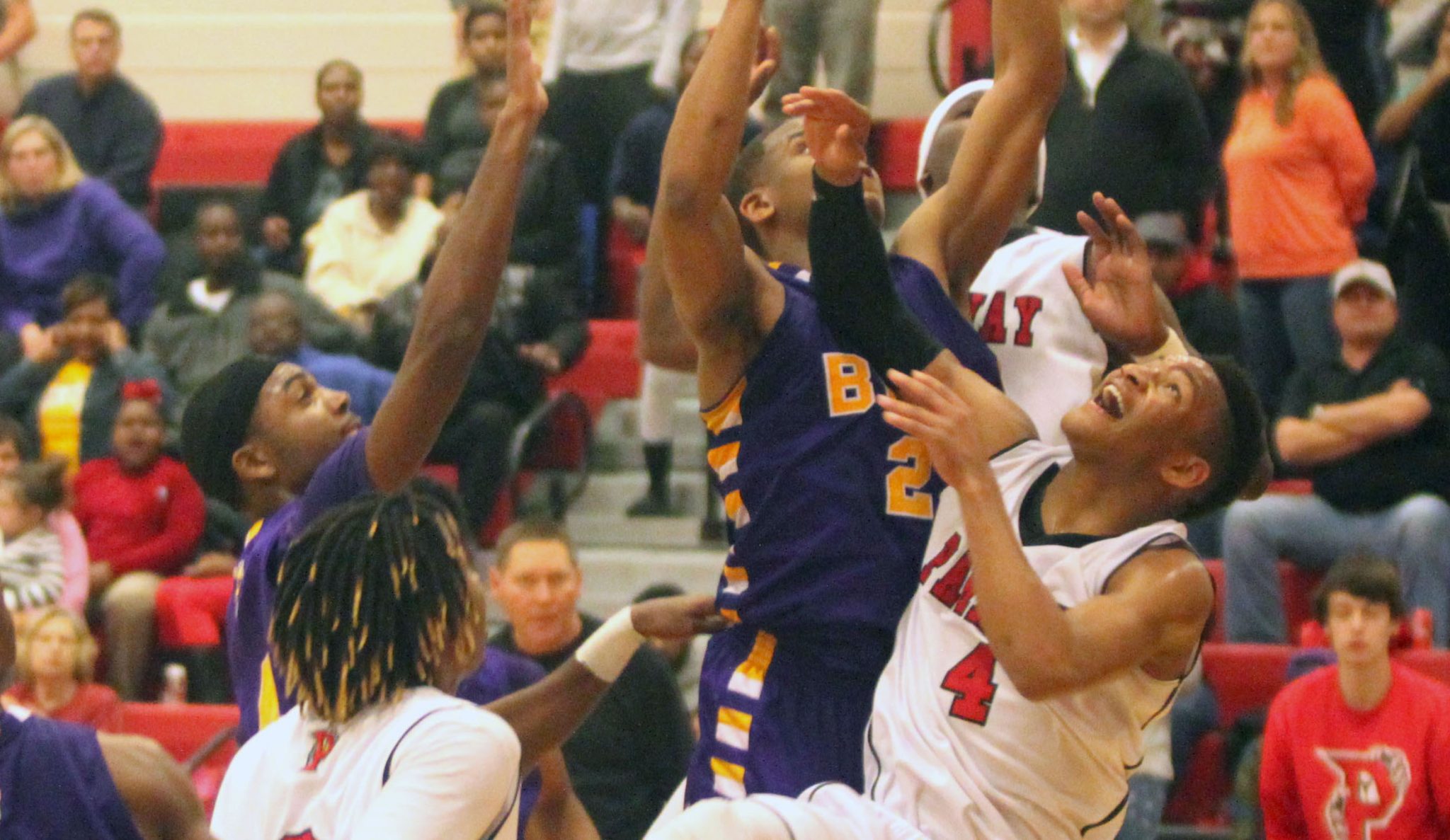 The Airline Vikings and Plain Dealing Lions were the only Bossier Parish basketball teams to post victories Friday night.

Elsewhere, the Parkway Panthers had a chance to grab a share of the District 1-5A lead against Byrd at Parkway.

The Panthers trailed the Jackets for most of the game before tying it late in the fourth. But Byrd closed the game with a 7-0 to take an 86-79 victory.

Bossier saw its 64-game district winning streak come to an end at Evangel, falling 41-40 in a heartbreaker.

In another District 1-5A game, Haughton dropped an 81-60 decision to Southwood at Haughton.

At Parkway, the Panthers trailed by as many as nine in the first half before a late rally cut it to 40-38 at the break.

Byrd maintained the lead much of the second half. The Yellow Jackets led 62-57 going into the fourth quarter.

Edwards scored 12 of his 19 points in the fourth quarter.

Byrd hit two free throws for a 81-79 lead. Parkway had a chance to tie it but missed underneath and the Jackets got a fastbreak layup for an 83-79 lead with 10 seconds left.

Artavious Lynn dominated underneath and led the Panthers with 26 points. William McKnight added 12.

Montrey Thomas had a huge game for Byrd with 32 points. Chad Lott chipped in with 23.

Byrd finished the first half of 1-5A play atop the standings at 5-0. Parkway and Southwood are tied for second at 3-2. Shreve and Airline are tied for fifth at 2-3.

At Airline, Robby Dooley scored 18 points to lead the Vikings to their 10th win of the season and second in a row. Tybren Wimberly and KJ Bilbo scored 13 each, and Noah Hildebrand had 12. Wimberly hit three 3-pointers in the first half.

At Evangel, Bossier led 40-39 with 15 seconds left. After Evangel scored to take the lead, the Bearkats had a shot in the lane to win it but it wouldn’t fall.

Larry Robinson led Bossier, which trailed by 14 early in the fourth quarter, with 14 points. Bossier and Evangel are tied for the 1-3A lead at the halfway point at 4-1.