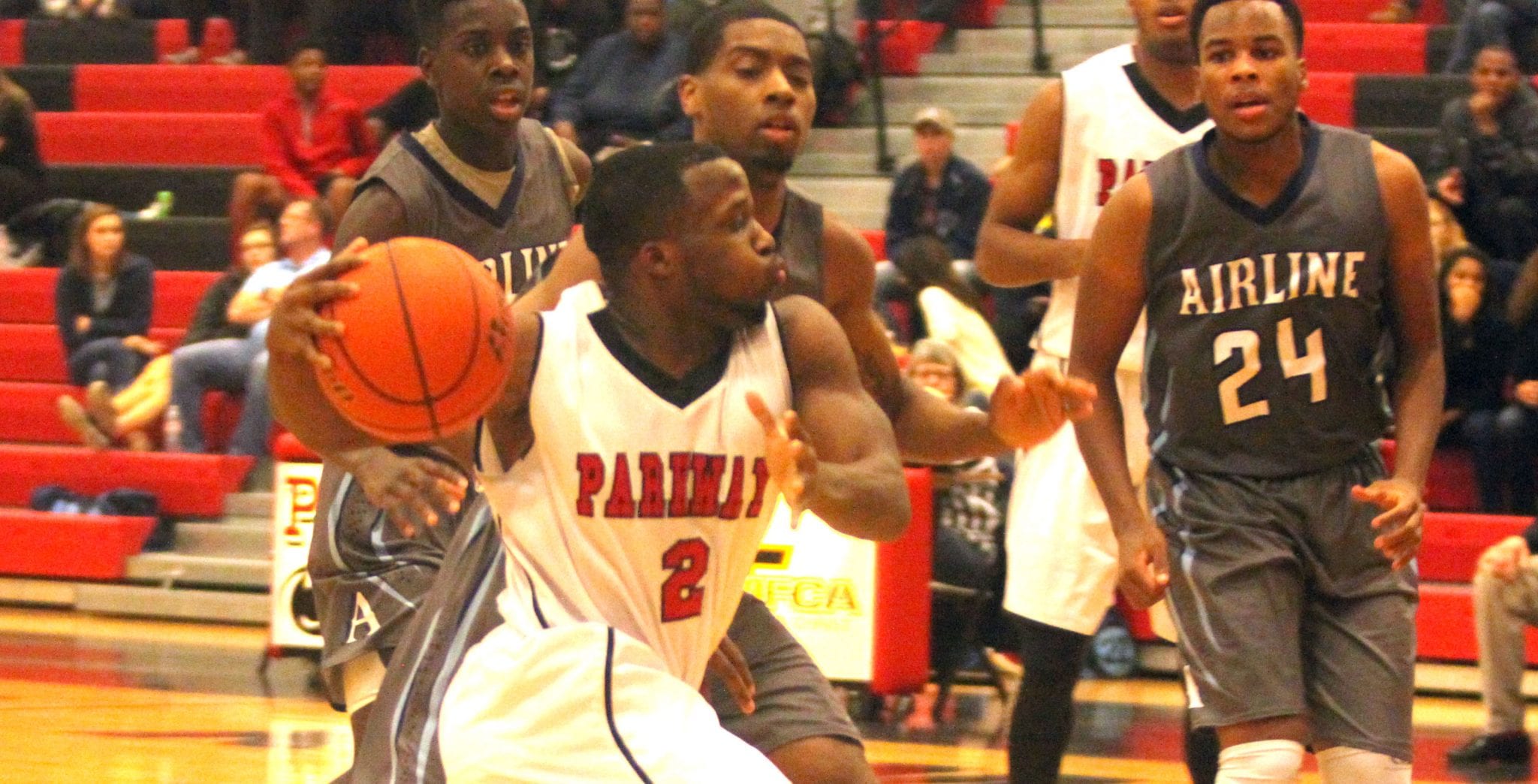 The Bossier Bearkats fell to the North Caddo Rebels 46-38 in the semifinals of the Bossier Invitational boys basketball tournament sponsored by Bossier Federal Credit Union on Friday night.

Elsewhere, the Parkway Panthers improved to 2-0 in District 1-5A with a hard-fought 63-58 victory over the Airline Vikings at Parkway. In other 1-5A games, Haughton lost to Byrd 63-51 and Southwood defeated Captain Shreve 62-40.

At Bossier, the Bearkats held onto the ball for the first three minutes of the game and led 3-0. North Caddo, however, scored the final six points of the first quarter for a 6-3 lead.

Antonio Davis tied the game with a 3-pointer early in the second quarter, but the Bearkats scored only two more points and trailed 16-8 at the half.

North Caddo opened a 27-13 lead in the third quarter. The Bearkats fought back, closing the quarter on an 8-0 run. They trailed by just six, 27-21, heading into the fourth.

The Rebels stretched the lead to 10 early in the final period. Travis Manning hit a 3-pointer to get the Bearkats within seven, but they were unable to mount a serious run thanks in large part to the Rebels’ Cherrod Hill.

Hill scored 16 of his game-high 18 points in the second half, including 11 in the fourth quarter. He was 5-of-5 from the line. Texas A&M commit Robert Williams, North Caddo’s 6-foot-8 post player, scored 12 points in the game.

At Parkway, Airline rallied from a seven-point deficit in the fourth quarter to take a two-point lead. But Keondre Wudtee hit a 3-pointer to put Parkway back in front 57-56 with 2:51 left to play.

The Vikings forced a turnover with 46 seconds left, but Trent Ivy was called for charging with about 27 seconds remaining.

Kamren Davis was left alone under the basket and dunked with 16 seconds left to put Parkway up by three. The Vikings couldn’t get a baseline 3-pointer to fall. Justin Rogers grabbed the rebound. Davis was fouled and hit two free throws with 5.6 seconds left for the final margin.

Davis led the Panthers (12-6) with 16 points and McKnight had 14. Trey Webber and Wudtee scored eight each.