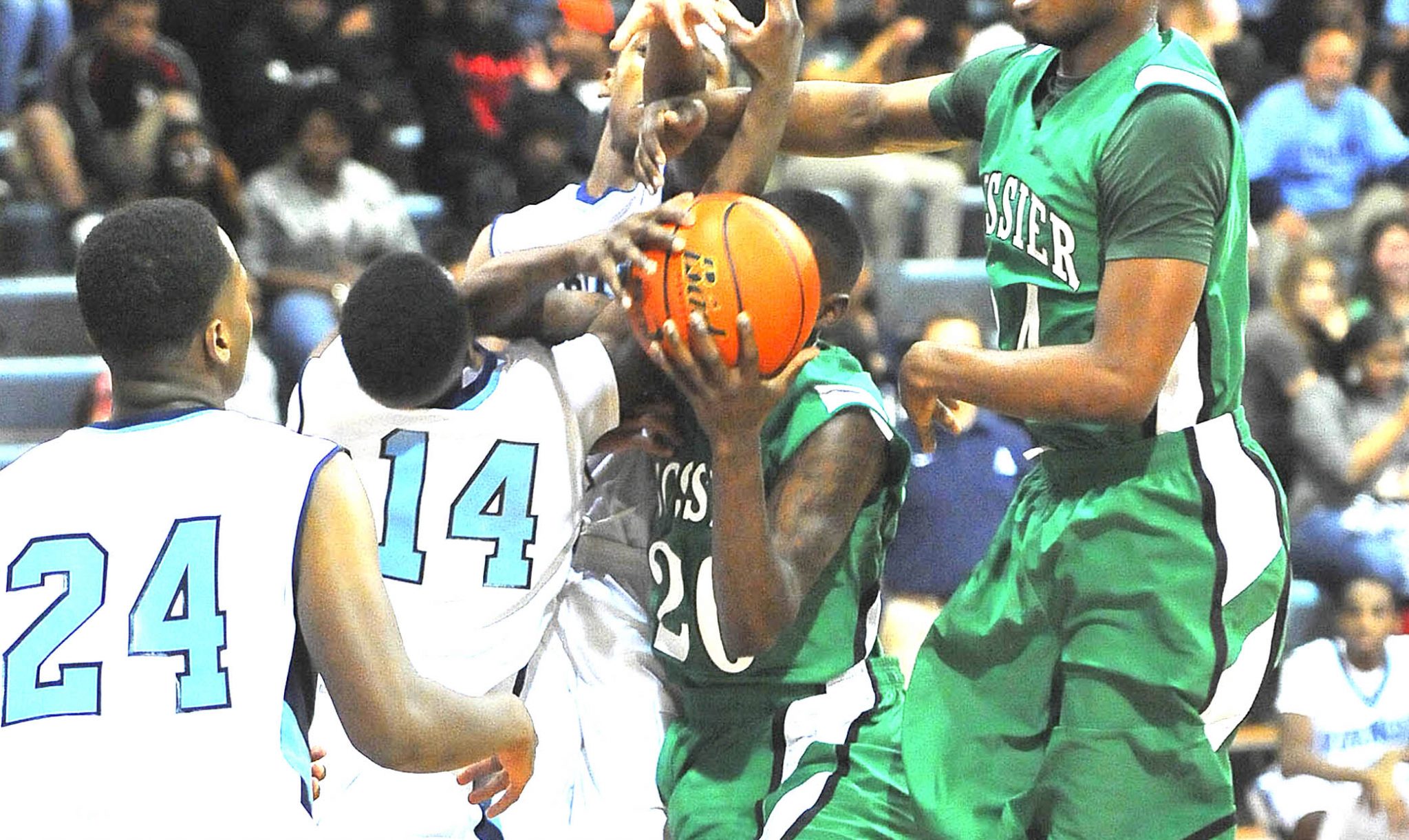 The Benton Tigers rallied from a double-digit deficit in the second half to defeat the host Haughton Buccaneers 82-80 in the first round of the Jack Clayton Invitational Wednesday night.

With 11.5 seconds left, Benton’s Peter Moore made one of two free throws to tie the game at 80.

Haughton turned the ball over and Benton called a time out.

The Tigers inbounded in the backcourt and moved swiftly toward the goal.

With about 2 seconds left, William Givens saw Tanner Craft open underneath the basket. He dished the ball to him, and Craft laid it in just before the buzzer for the victory.

Minden plays Byrd at 8:30 p.m. in the other semifinal at Haughton. The championship game is 2:30 p.m. Saturday at Haughton.

Haughton (0-5) faces North DeSoto in the consolation semifinals at 5:30 today at BPCC. Lakeside takes on Green Oaks at 5:30 at Haughton in the other semifinal.

Haughton started fast against Benton and led 22-10 after the first quarter and 39-26 at the half.

The Bucs still led 64-55 going into the fourth quarter.

But Benton rallied thanks in part to Haughton’s difficulties at the free throw line in the fourth quarter. The Bucs made only seven of 21 after hitting 18 of 24 in the third quarter.

Benton also got a couple of big 3-pointers from Moore and one from Kordy Stewart.

Stewart led the Tigers with 22 points. Rudy Davis added 17, and Moore had 13.

Haughton got 21 points from Damien Sears and 20 from Javonte Woodard. Will Haines chipped in with 17.

Elsewhere, the Bossier Bearkats advanced in the Northwood tournament with a 65-40 victory over Zwolle.

Hall, the co-MVP on the 2012-13 All-Parish team, scored 19 points to lead Bossier to a 50-37 victory over the Airline Vikings Tuesday night at Airline.

Bossier’s Malik Dunn scored all 10 of his points in the fourth quarter.

Both teams struggled shooting from the floor and the line, but in the end Bossier’s defense proved to be the difference.

The Bearkats led 20-14 at the half and stretched the lead to 25-16 on a Hall jumper midway through the third.

Airline scored four straight to get within 25-20. But Bossier took control with a 14-3 run capped by a Dunn three-point play.

Parkway opened its season with a 71-63 loss to Green Oaks. The Panthers won’t have their full team until Parkway’s run in the state football playoffs is over.