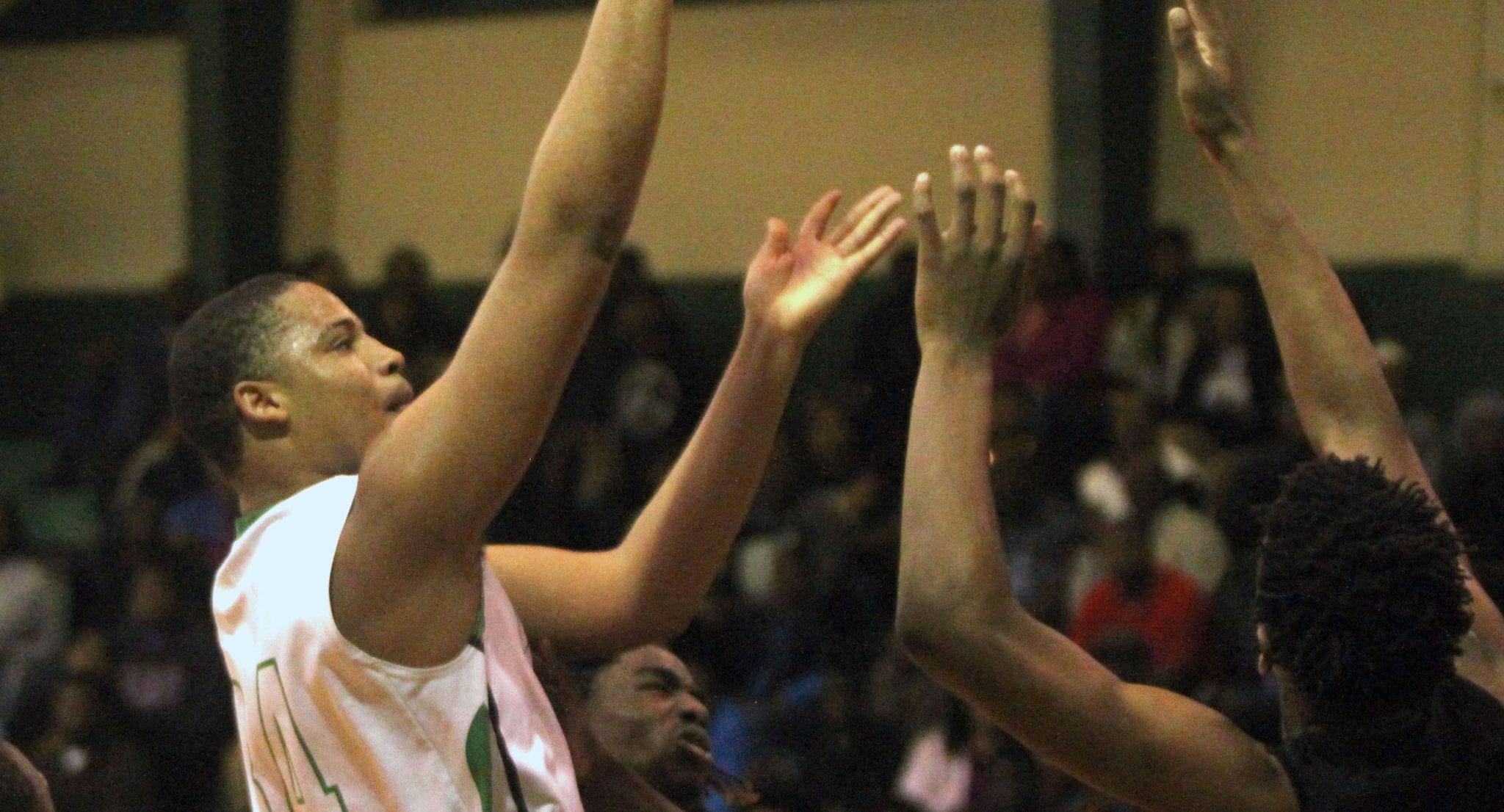 Senior guard Larry Robinson III’s first points in the Bossier Bearkats’ District 1-4A showdown against Fair Park on Friday night at Bossier were big ones.

The Bearkats trailed the Indians 43-41 with about 14 seconds left. Robinson, who had an off night shooting, had the ball in the front court to the left of the key. He took off toward the basket with an Indian defender on him and laid the ball in with 10.7 seconds left.

Bossier then survived a shot from point blank range by Fair Park’s Jeremy Johnson. The ball seemed to sit on the back of the rim before it bounced to the left front and fell out.

Robinson had another basket in overtime as Bossier went on to win 50-45.

The Bearkats improved to 18-9 overall and 5-0 in district. Defending champion Fair Park dropped to 17-7 and 3-2. Woodlawn, which defeated Northwood 54-34 Friday, is second at 5-1. Fair Park and Huntington are tied for third.

Bossier avenged a 36-33 loss to Fair Park in the championship game of the Doc Edwards Invitational Dec. 30.

Also in District 1-4A, Benton picked up its ninth win of the season, defeating North DeSoto 71-42 in Stonewall.

In 1-5A play Friday, Parkway maintained a share of the lead with a 67-44 rout of Captain Shreve, and Airline fell to host Evangel 57-42. Southwood defeated Byrd 97-52 Thursday.

Parkway improved to 16-9 overall and 6-1 in district. Parkway, Southwood and Evangel are tied for first with five games left.

At Bossier, the Bearkats led by four at the half and then struggled mightily in the third quarter, scoring just four points. Bossier’s first points of the second half came on an Antonio Davis free throws with about two minutes left in the third quarter.

Davis was one of the heroes for the Bearkats. He scored 16 points, but his 17 rebounds were even more impressive in a physical game where every missed shot turned into a mini-battle for the ball.

Travis Manning scored Bossier’s only other points of the quarter on a 3-point play with about 7 seconds left. But Fair Park knocked down a 3-pointer at the buzzer and led 31-26 going into the fourth.

Bossier’s Tyrese English hit two big 3-pointers in the fourth quarter. His second one gave the Bearkats a 42-41 lead with 2:17 to play. English finished with eight points and five rebounds.

Freshman Jacoby Decker, who scored eight points and had three assists, also came up big in the fourth. He hit a 3-pointer and made a steal and layup.

With the game tied at 41, Bossier missed a 3-pointer and a putback rimmed out with 31 seconds left. Fair Park missed the front end of a one-and-one, setting the stage for Robinson’s heroics.

Bossier took an early lead in overtime as Fair Park struggled to score, and Davis came up big at the free-throw line.

Donnell Mason contributed to the win with his defense. He also had four points and five rebounds.

At Evangel, the Vikings dropped to 10-16 overall and 1-6 in district with the loss. The biggest difference in the game was at the free-throw line. Airline shot nine free throws to Evangel’s 36.