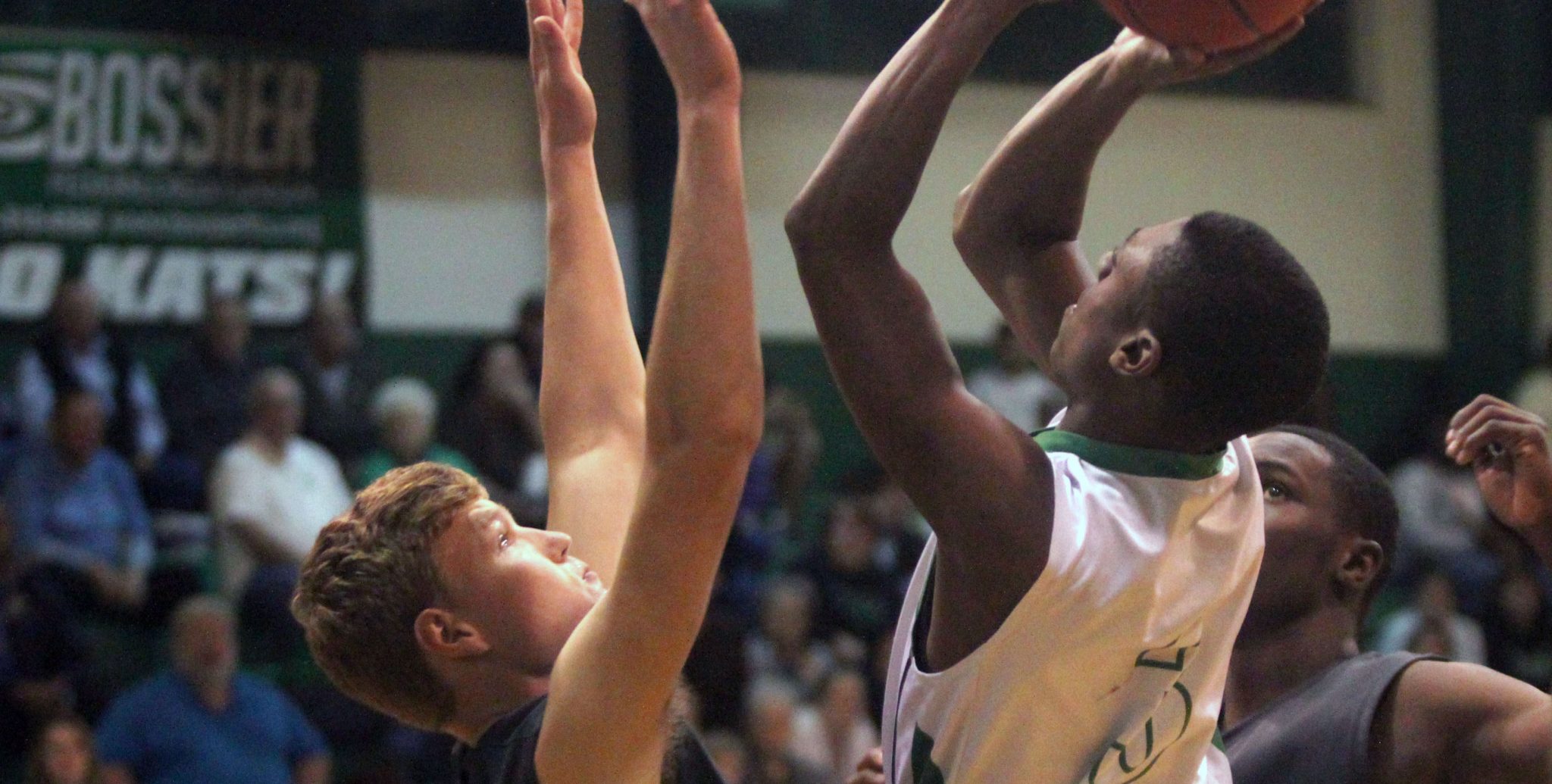 Bossier claimed a share of the District 1-3A title with a 54-37 victory over Evangel at Bossier. It is the Bearkats’ seventh straight district championship.

Bossier and Evangel both finished 8-2 in district play. Bossier improved to 14-10 overall against Louisiana competition. Evangel dropped to 23-9.

The win almost assures that Bossier will host a home game in the first round of the playoffs next week. The Bearkats were No. 16 in the latest LHSAA Class 3A power rankings released Tuesday. Evangel was No. 6. The top 16 teams in the final rankings will host home games.

Parkway rallied for an 85-82 overtime victory over homestanding Byrd. The victory prevented the Yellow Jackets from running the table in District 1-5A. It was also Parkway’s first win over Byrd in three tries this season.

Parkway improved to 23-8 overall. The Panthers finished one game behind the Jackets in 1-5A at 8-2. Parkway was ranked No. 24 in the 5A power rankings. The Panthers could move up a few spots but they would still be on the road for a first-round playoff game.

Airline won’t be going to the playoffs, but the Vikings finished strong with three straight victories, including two over likely playoff teams. Airline knocked off Captain Shreve 64-49 Tuesday at Shreve to finish 13-17 and 5-5 in 1-5A, tied for third with playoff-bound Southwood.

At Bossier, the Bearkats used a 16-0 run to take control of the game in the first half. Bossier went from trailing 8-7 midway through the first quarter to leading 23-8 in the second.

The Bearkats led 26-13 at the half. Senior guard Brandon Harris hit a 3-pointer from the corner to give Bossier a 36-20 lead going into the fourth quarter. Evangel never got closer than 13 the rest of the way.

Coach Jeremiah Williams’ Bearkats played their usual deliberate style, taking time of the clock while looking for chances to get easy shots inside. The Bearkats also got some timely 3-pointers and took advantage of fast-break opportunities.

The victory avenged a 41-40 loss to Evangel in the first district meeting on Jan. 30. That loss ended Bossier’s streak of 64 consecutive district victories.

At Byrd, Juwon Johnson scored 22 points and Artavious Lynn 21 to lead the Panthers to the victory. The Panthers came back from a 24-13 first-quarter deficit. Keondre Wudtee added 14 points and Trey Rogers had 11.

At Shreve, senior guard Robby Dooley closed his prep career in style, leading the Vikings with 23 points. Jacob Guest hit three 3-pointers and finished with 15 points. Noah Hildebrand, who hit two 3-pointers and was 5-of-6 from the free throw line in the fourth quarter, added 14 points. Scott Jackson chipped in with 10.

Haughton closed its season with a loss at Southwood.