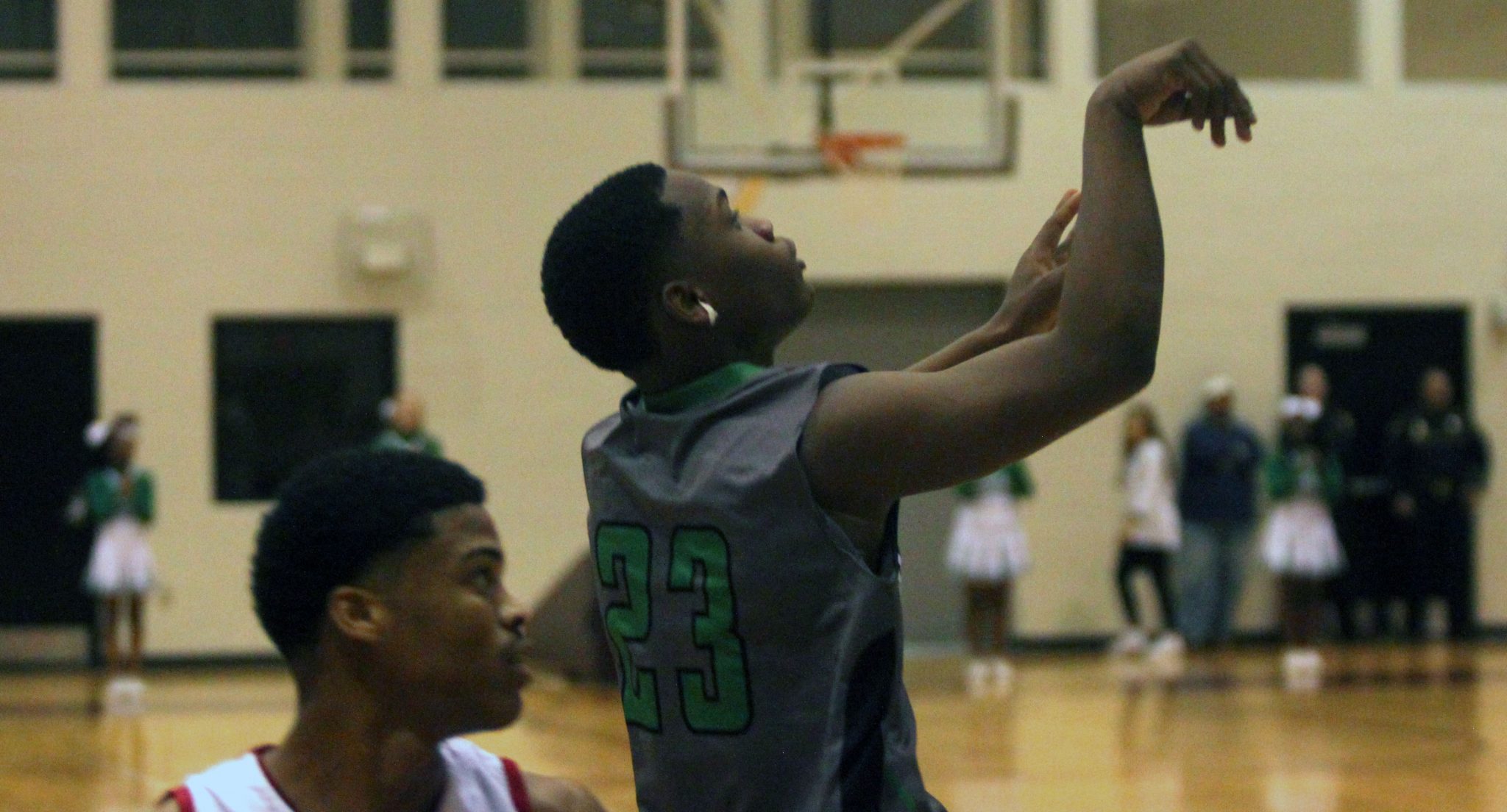 Friday night’s game between the Bossier Bearkats and the Evangel Eagles at BPCC didn’t have a lot at stake. Both teams were already assured playoff spots and a share of the District 1-3A championship regardless of the outcome.

But you couldn’t tell it by the reaction of the near-capacity crowd and the intensity of play.

Evangel’s Tim Stokes hit two free throws with 12.5 seconds left to play in overtime to lift the Eagles to a 54-53 victory. Bossier missed a 15-footer at the buzzer to win it.

With the victory, Evangel gets the automatic playoff spot and one power ranking point that goes with being the district’s first-place representative.

Bossier defeated Evangel 54-37 Tuesday night in the regular-season finale at Bossier to claim a share of the district title with the Eagles. Both teams finished 8-2 in district play. It was Bossier’s seventh straight district championship. Evangel also defeated Bossier by one in the team’s first district meeting at Evangel.

Bossier dropped to 14-11 overall against Louisiana competition. Evangel improved to 24-9. Both teams will be going to the playoffs, which begin next week.

Bossier was No. 14 in the latest 3A power rankings released by LHSAA Friday, and Evangel was No. 8. The top 16 in the final rankings host first-round playoff games.

Unlike Tuesday’s game, when Bossier took control in the first half, Friday’s game was close all the way with Evangel maintaining a slim lead throughout most of the contest.

A Kentrell Hardy 3-pointer at the buzzer gave Bossier a 15-14 lead after the first quarter. Evangel led 23-21 at the half and 38-34 going into the fourth quarter.

The Eagles stretched the lead to six early in the fourth quarter and still led 47-42 with about four minutes left. Evangel didn’t score again in regulation.

The Bearkats made one of two free throws with 5.0 seconds left to send it into overtime.

Poor free throw shooting down the stretch hurt both teams. At one point each team combined to miss five straight.

Bossier took its only lead in overtime at 50-49 on a free throw with 1:04 left. Evangel scored to regain the lead. After Bossier just missed a shot in the lane, the Eagles made one of two free throws with 48.8 seconds left.

Tyrese English then knocked down a contested 3-pointer with about 15 seconds left to put the Bearkats ahead 53-52. A few seconds later, Stokes was fouled at mid-court and hit the game-winning free throws. Stokes, who led Evangel with 22 points, scored all five of Evangel’s points in overtime.

Hardy led the Bearkats with 15 points, including three 3-pointers. He picked up two quick fouls midway through the third quarter and went to the bench. He eventually fouled out with about a minute left.