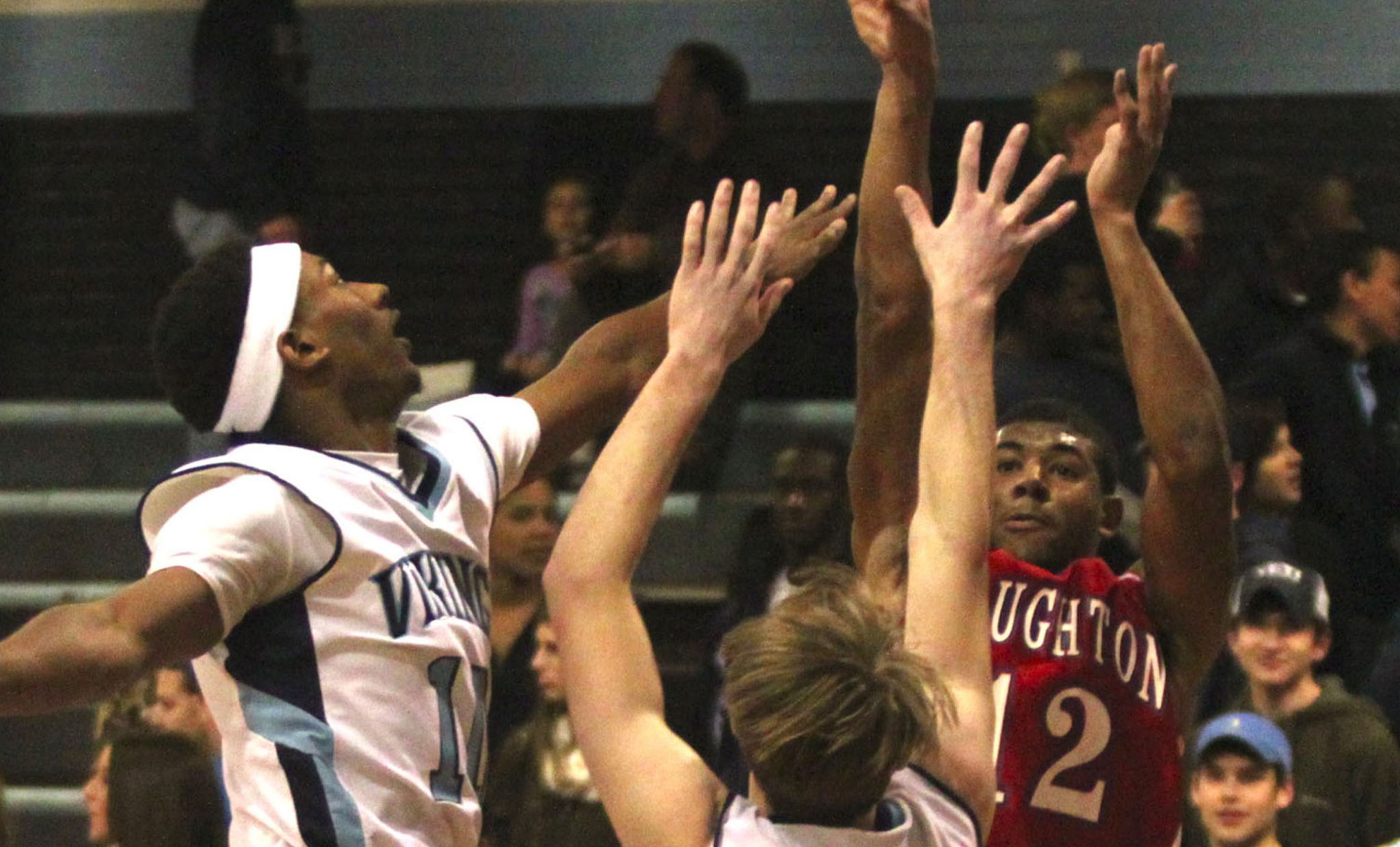 The Bearkats moved into first place in District 1-3A with a 65-59 overtime victory over the North Webster Knights in Springhill.

Bossier improved to 17-7 overall and 4-0 in district. The Bearkats extended their winning streak to 54 games dating back to the 2007-08 season.

North Webster, which defeated Bossier 60-55 in the “Doc” Edwards tournament in late December, dropped to 17-8 and 3-1.

Elsewhere, the Airline Vikings downed the Haughton Bucs 80-51 in a District 1-5A game between two teams that have struggled this season at Airline.

Also in 1-5A, the Parkway Panthers fell to the Captain Shreve Gators 60-57 at Parkway.

In District 1-4A, leader Huntington proved too much for the Benton Tigers 70-46 at Huntington.

In District 1-1A, Louisiana New Tech at Plain Dealing posted a 42-26 victory at Haynesville.

At Springhill, North Webster hit a 3-pointer with about two seconds left to send the game into overtime tied at 49.

But four Knights had fouled out and Bossier took advantage, outscoring North Webster 16-9 in the extra period.

Devonte Hall led Bossier with 31 points, and Kentrell Hardy had 14.

The game was delayed by about 40 minutes midway through the third period with Bossier leading by two.

North Webster’s Montavious Smith was treated by paramedics and taken to a local hospital after crashing into the stands trying to retrieve the ball. He reportedly suffered bruised ribs.

Haughton led 13-10 after the first quarter, but Airline put the game away with a 28-8 run in the second.

At Parkway, the Panthers led by four at the half and trailed by just one going into the fourth quarter.

Shreve (11-8, 3-1) extended the lead but Parkway rallied and had a chance to send into overtime. Senior guard Brodrick Jefferson picked up a loose ball after an errant pass and put up a 3-pointer that rimmed out.

The Lions (14-7) finished the first half of district play 3-2, two games behind leader Arcadia.