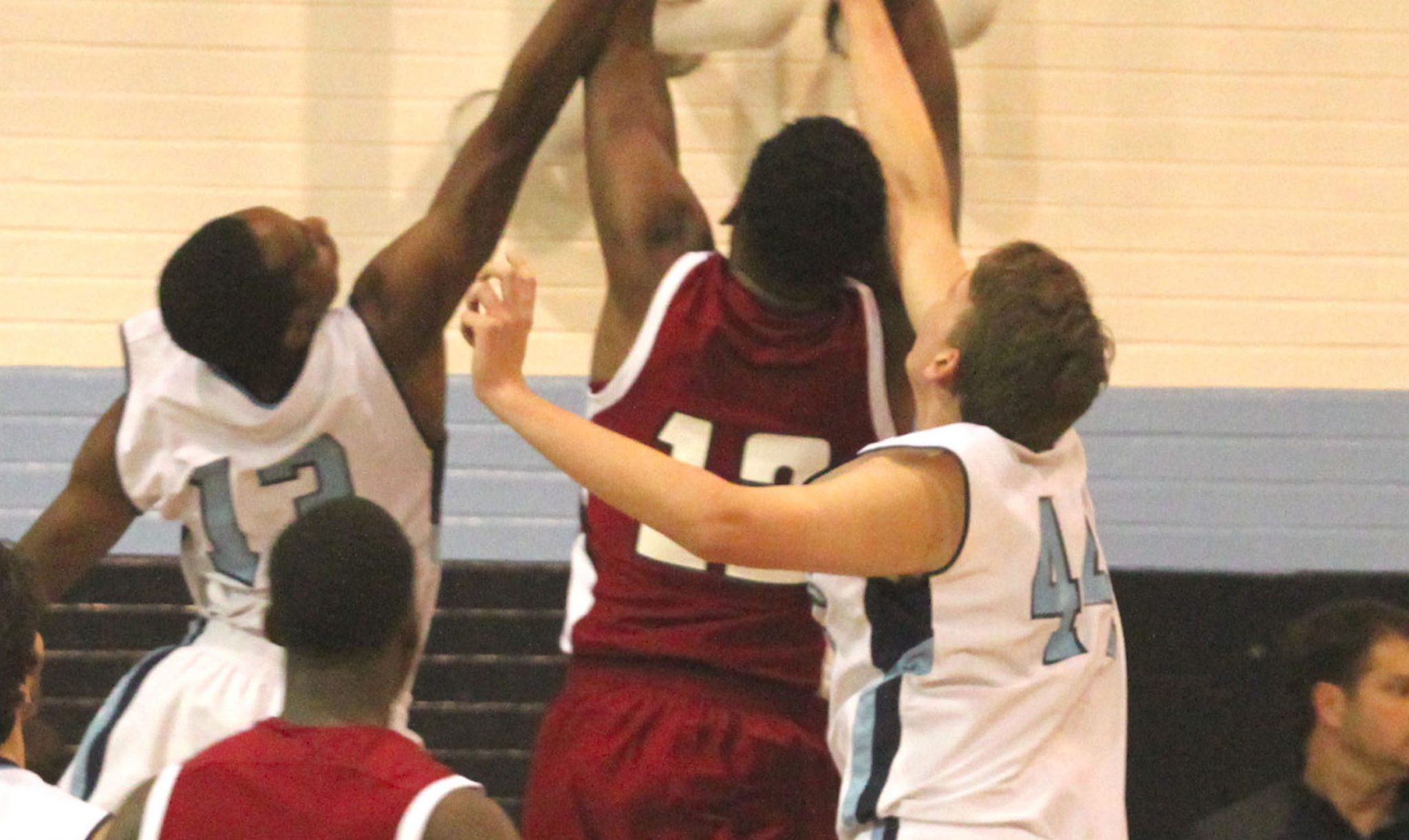 The Louisiana New Tech at Plain Dealing Lions defeated the Airline Vikings 64-59 in overtime in a first-round game of the Bossier Federal Credit Union Parkway tournament Thursday night at Airline.

The tournament was moved to Airline because of a broken water mane on Barksdale Boulevard in south Bossier City.

In a non-tournament game, a late Bossier rally fell short as the Bearkats lost to Huntington 84-77 at Huntington.

At Airline, New Tech led 46-38 early in the third quarter, but Airline rallied and tied it at 46 on Austin Brannon’s 3-pointer with 3:35 left.

Airline’s Frantrell Rogers got a big block underneath the basket and freshman Noah Hildebrand drilled a 3-pointer with 20.1 seconds left.

The Lions badly missed a contested 3-pointer and the game went into overtime tied at 50.

New Tech’s Chiner Long sank a 3-pointer at the start of the overtime and the Lions never trailed after that.

The Lions made nine of 15 free throws in overtime.

Parkway led Northwood 46-40 at the half but the Falcons rallied for the victory.

Niki Edwards led the Panthers with 20 points. Gabe Decuir had 12, and Prynceston Fant and Khamren Williams added 10 each.

In today’s consolation semifinals at Airline, Northshore plays Southwood at 3:30 p.m., and Parkway faces Airline at 5.

In the championship semifinals, Northwood faces New Tech at 6:30 and Texas High plays Fair Park at 8.

At Huntington, Bossier rallied from a big deficit but couldn’t catch the Raiders. Devonte Hall led the Bearkats with 26 points and Jericho Moss had 18.

At Airline, freshman guard Noah Hildebrand hit five 3-pointers and had a game-high 17 points for the Vikings.

The Vikings led 15-14 after a quarter but the quicker Crimson Tide took a 43-34 halftime lead and stretched it to as many as 25 in the second half.

At Benton, the Tigers rallied from a 35-19 first-half deficit to pull out the win.