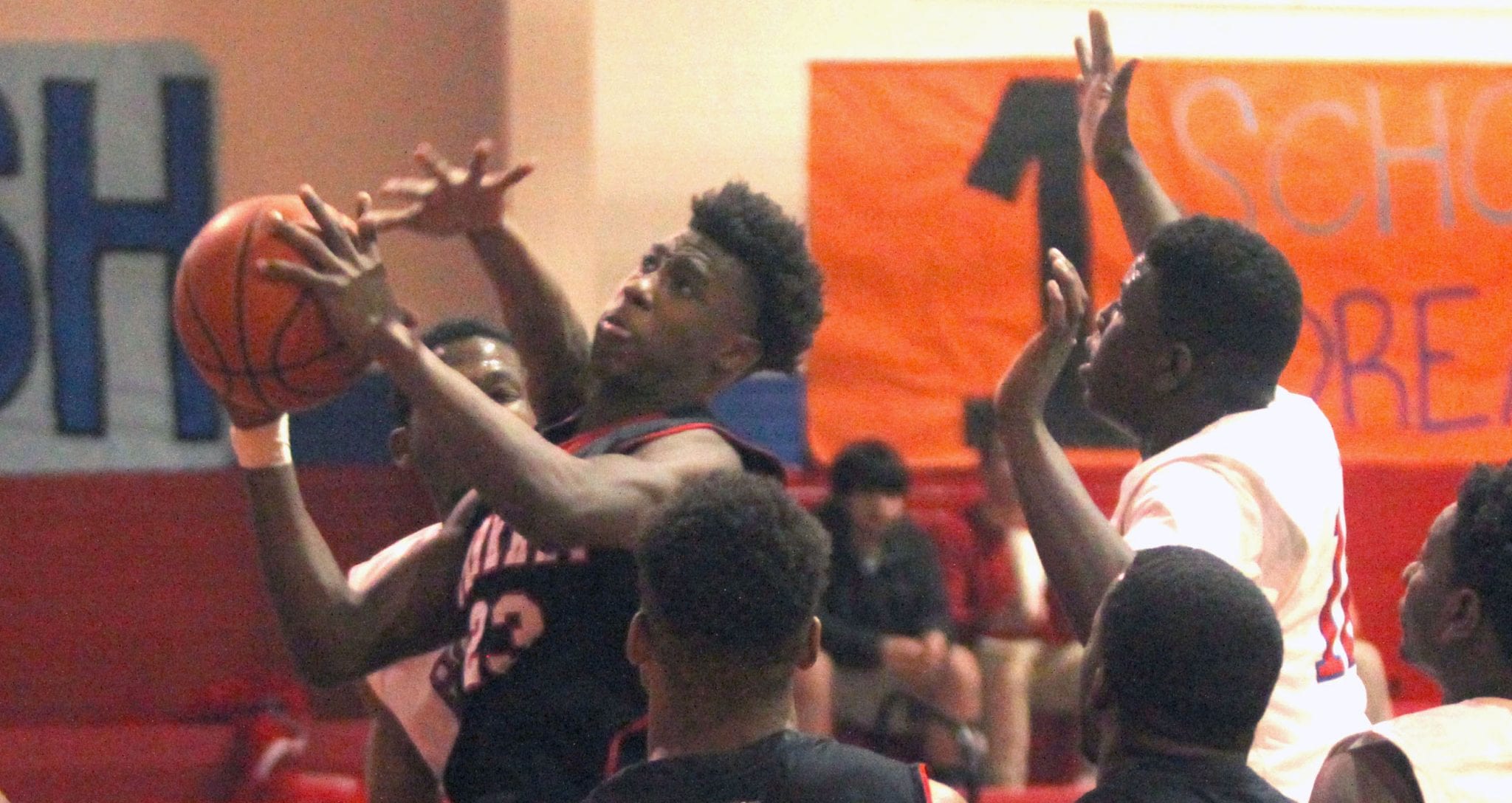 The Parkway Panthers held off a fourth-quarter rally by Haughton and remained undefeated in District 1-5A play with a 52-46 victory over the Bucs on Tuesday night at Haughton.

The Panthers scored the first 11 points of the game and led 17-3 late in the first quarter. Parkway led by as many as 15 points in the second quarter and were on top 32-20 at the half.

The Panthers maintained that margin going into the fourth. But the Bucs rallied behind 6-foot-6 senior post player Damien Sears, who scored 10 of his game-high 18 points in the period.

Haughton got within six, 46-40, with about three minutes to play. A dunk by Sears make it a five-point game with just over a minute to play. The Bucs got the ball back twice with a chance to cut the lead to two or three.

The first time the Panthers forced a miss inside the lane. The second time Keondre Wudtee stepped in front of a pass and forced a turnover. He made one of two free throws at the other end and the Bucs couldn’t recover.

In District 1-1A, Plain Dealing raised its record to 8-10 overall and 4-1 in district with a 70-24 rout of Cedar Creek in Ruston. Ty Thomas paced the Lions with 21 points and 11 rebounds. Max Washington chipped in with 11 points.

In a non-district game, Bossier fell to Bossier Invitational champion Natchitoches Central 66-49 in Natchitoches. The Bearkats (13-9) open District 1-4A play Friday at Huntington.