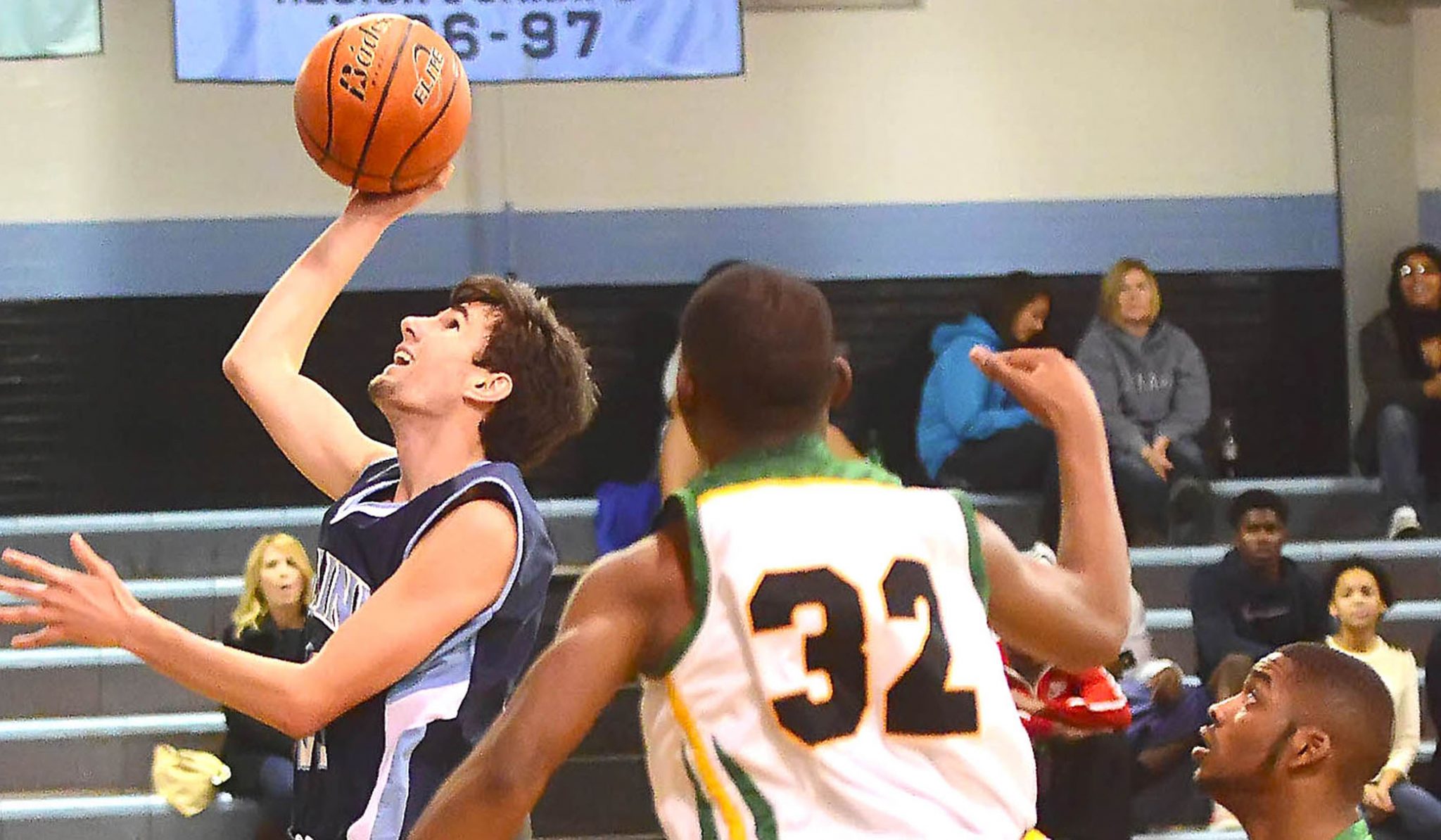 Bossier boys basketball coach Jeremiah Williams always expects big things out of his teams, and he has good reason to.
Last season, the Bearkats had a string of four straight state championship game appearances broken. But Bossier still reached the Class 3A semifinals and finished 30-4.
Only one starter returns from that team. It’s basically the same predicament Williams faced two years ago after Bossier won the Class 4A state championship.
The 2013-14 season begins Monday, and one of the questions is this. Will this group of Bearkats be able to continue the tradition?
Williams certainly thinks so.
“We’re still working to try to perform at a championship level,” he said. “We plan on trying to compete for a 3A state championship. … Our ultimate goal every year is to try to win a state championship, and we feel like we can this year if we pull together.”
Bossier’s lone returning starter is the perhaps the parish’s top player, 6-foot-2 senior guard Devonte Hall. The co-MVP on The Press-Tribune’s All-Parish team last season, Hall averaged 12.0 points, 2.9 assists,  4.7 rebounds and 2.9 steals.
Williams also expects 5-9 junior guard Kentrell Hardy to be an impact player this season.
Bossier and Louisiana New Tech at Plain Dealing were the only teams in Bossier Parish that made the playoffs and had winning records last season.
Airline has three starters back from last season’s 11-18 team — 6-3 Austin Brannon, 5-9 Anthony Gladney and  6-5 Tristan Wallis. All are seniors.
Newcomer Robby Dooley will start at guard.
The Vikings lost potential starter Jack Griffin to a knee injury during the football season.
“Our three top scorers from last year’s team graduated so we have to find some scoring from these returning players,” Airline coach Chris White said. “We don’t have one player that we will have to depend on. All of them are capable of leading the team on any given night. I think that will work to our advantage.”
Parkway has four starters back from last season’s 8-16 team, including first-team All-Parish guard Brodrick Jefferson, who averaged about 23 points per game.
Other returning starters include 6-7 center Rob Harper and 6-4 forward Keondre Wudtee. Guards Marquis King and Gabe DeCuir also started at different points last season.
“We are looking forward to this team after the summer they had in practice and team camps,” Parkway coach Michael Guess said.
Guess expects 6-3 guard/forward William McKnight, 6-1 guard Niki Edwards and 6-5 forward Artayvious Lynn to be contributors.
Guess will have to wait until after Parkway’s run in the football playoffs to get most of his key players, including Jefferson and Wudtee.
Guard PJ Douglas is among the top returnees for a Haughton team that finished  7-19 last season. Javonte Woodard and Will Haines also return.
Kordavion Stewart, a 6-2 senior guard who averaged about 10 points per game last season, leads the returnees for Benton coach Tim Cram, whose team finished 7-20 last season.
Seniors Patrick Edmonds, Rudy Davis and Peter Moore all started some games last season.
Cram expects sophomore Clayton Festavan to see a lot of playing time along with juniors William Givens, Quincy Deason, DaJerrick White, Josh Scherer and sophomore Tanner Craft.
“We have six seniors on roster but expect our juniors to contribute a lot if we are to be competitive,” he said.  I like our effort and attitude but we don’t have a lot of size this year.”
Louisiana New Tech finished 12-11 and won the District 1-1A championship again last season. Coach David Bryant said he will be “starting over” this season.
“We lost a group that had started for us three years but we feel good about this group,” Bryant said. “We played ten to 12 kids last years so we do have a lot of experience coming back.”
Four-year starter Tray Harris, who averaged eight points and 10 rebounds, leads the returnees. Guard/forward Jarcarlus Stromile started half the season last year because of injuries, and Bryant expects him to be a scorer.
Vantrez Johnson and Isaac Jacobs also have experience. Guard Chiner Long has great shooting ability, Bryant said.