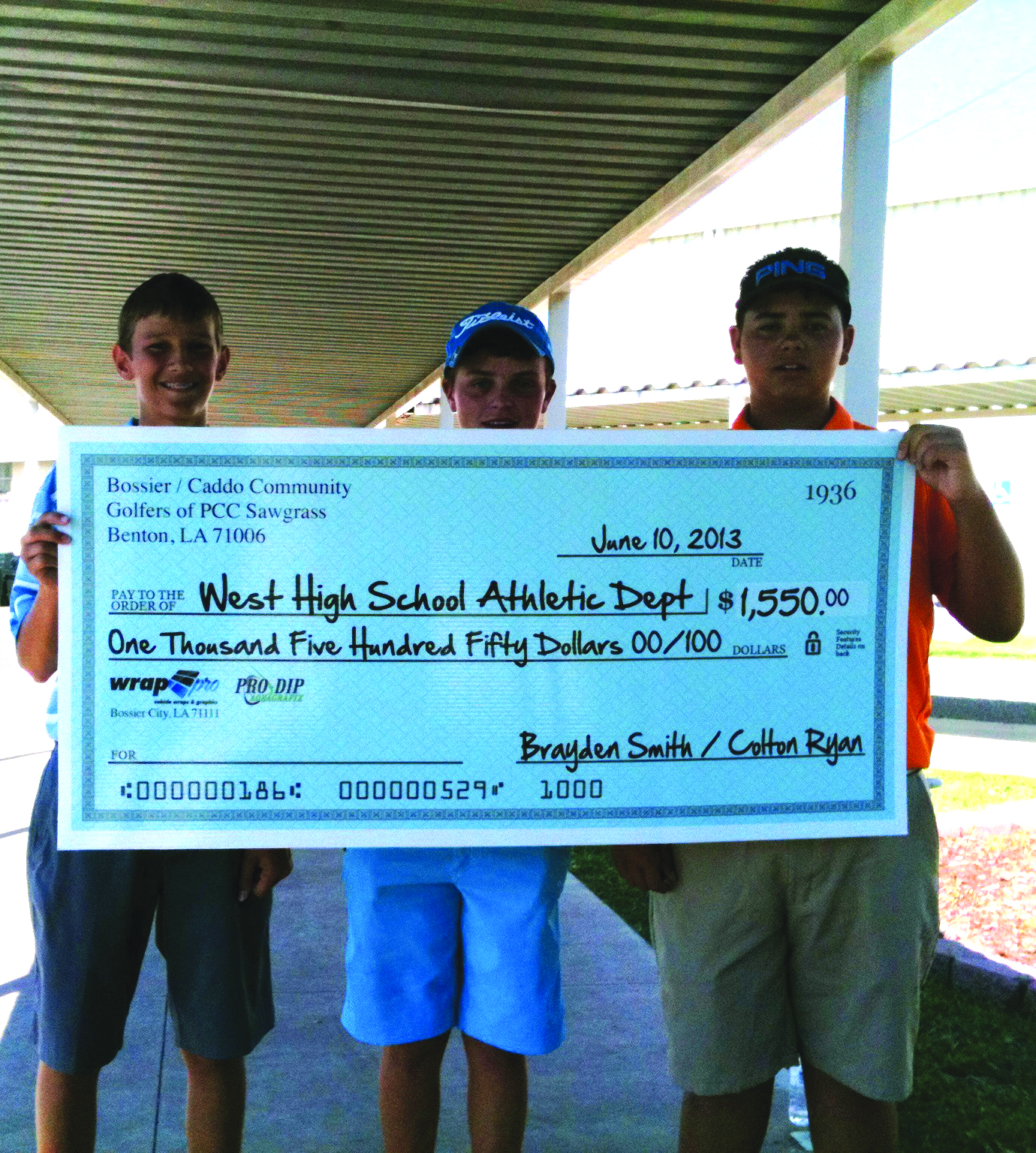 Since an explosion rocked the community of West, Texas, support has come via unusual places. People across the nation have poured money and resources into relief efforts, and in early June, two young men from Bossier Parish decided to take matters into their own hands.

Upon hearing about the explosion in West, 14-year-olds Brayden Smith and Colton Ryan decided to help meet the needs of their fellow students in Central Texas.

Because both boys are active in sports, they spend much of the summer playing sports and are unable to participate in church mission trips. Tracy Ryan, Colton’s mother, suggested they turn their tournament in Waco into “their own mission trip,” and challenged them to find a way to give back to an area that was in so much need.

The boys had already planned to travel to Waco for the Starburst Junior Golf Classic on June 11, they spent the two weekends leading up to the tournament collecting funds for West’s Athletic Department.

Having spent much of their childhood with their fathers on the golf course, the boys spent a Saturday at a local country club collecting donations from players on the course. With the help and generosity of the players, they collected just under $1,000.

Then, after hearing about their cause, the boys’ church, The Simple Church, donated $250. Additionally, the Benton High School golf team donated $100, and Johnny’s, a local pizza joint, helped the boys fundraise about $135 with gift cards.

The two boys each spent about 60 hours raising funds between both weekends and eventually collected a total of about $1,720. They got a large check donated and presented it to members of West’s athletic department during the weekend of the tournament.

Both boys will be Benton High School freshmen this fall. They hope their efforts to raise support for West will inspire other students around the country to do the same.