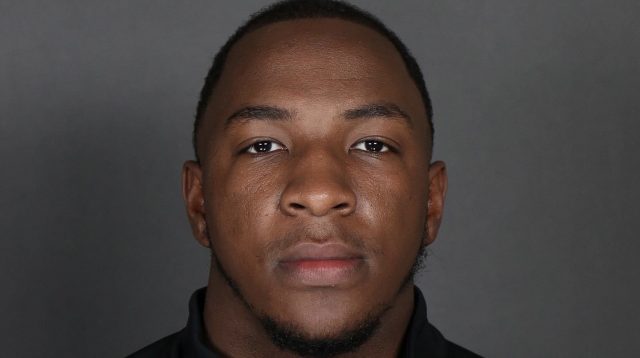 “As coaches we aren’t supposed to have favorites. I will never be afraid to admit that Decari Markray was one of my all-time favorites, His energy, effort and attitude never wavered no matter the circumstances. Decari answered the bell every day and gave our program everything he had. He was loved and respected by coaches, teammates and administrators.

“Decari was a good basketball player, but he was a better person. I’ll never forget his loud mouth on the bus … “it don’t mean nothin if you don’t win coach!”

“I know he’s in Heaven right now hitting somebody with that beautiful spin move. Even though our time was cut short, I am thankful that I got the opportunity to coach you!”

“This has been a tough one for Ryan. Decari was the first teammate he met at BPCC, and they worked out a good bit together this summer.  Prayers for his family as well as the BPCC community and basketball program. Geaux Cavs!!!”

Markray scored 25 points and had 26 rebounds in the state championship game victory over Simsboro. He was named the game’s Most Valuable Player.

For the season, Markray averaged 21.6 points and 9.7 rebounds. He was named the Outstanding Player on the Louisiana Sports Writers Association Class B All-State team.

Markray played in 19 games in BPCC’s 2021 season, which was abbreviated because of the COVID-19 pandemic. He averaged 3.8 points and 2.1 rebounds.

Markray was still classified as a freshman for the 2021-22 season. Last season did not count against players’ eligibility because of the pandemic.

BPCC opens the season Oct. 9 at an event in Fort Worth.

The Bossier Parish Police Department released details of a head-on collision on Airline Drive Saturday morning that resulted in the death of one individual who was not identified per notification of next of kin.

According to the bio on BPCC’s website, Markray was the son of Lakechia Markray.

A GoFundMe account has been set up by Mrs. Markray to help with funeral expenses. To donate go to https://www.gofundme.com/f/jdmfzz-help-with-burial-expenses?qid=29b3837236e7e9e8589b7d762891e891 or go to GoFundMe.com and search Decari Markray.

In the GoFundMe introduction, Mrs. Markray wrote that the accident that resulted in the death of her son did occur on Airline Drive.