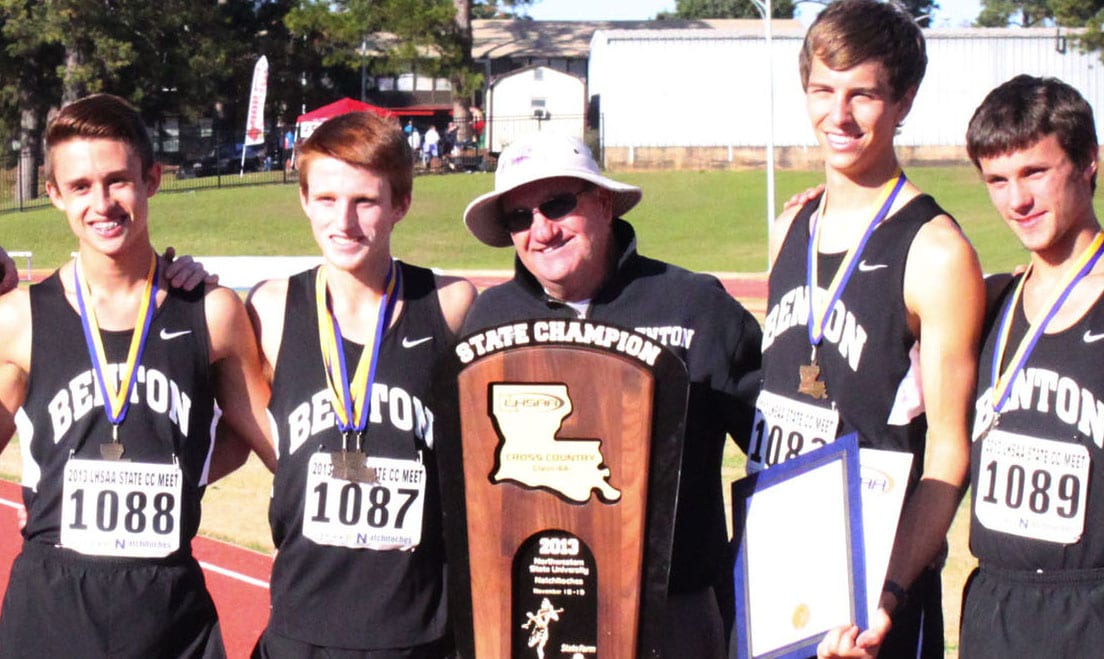 Trammel was honored for his many years of success coaching at the high school level. He won four Class 4A state championships at Benton High. Benton won back-to-back girls state titles in 2010 and 2011 and back-to-back boys championships in 2012 and 2013.

Before breaking through in 2010, Trammel’s girls teams posted two runner-up finishes and one third-place finish in the previous three seasons.

In 2014, his final year, the Benton boys finished third in Class 4A. Also in 2014, Trammel was named the National Federation of State High School Association’s national boys cross country Coach of the Year.

He was also was an assistant track and field coach working with distance runners. In 2014, Benton finished state runner-up at the LHSAA Outdoor meet in Baton Rouge.

Trammel was a two-time All-America distance runner at Northwestern State and still holds the school record in the 10,000-meter run.

Trammel was elected Second Vice President of the LTFCA at the annual meeting.