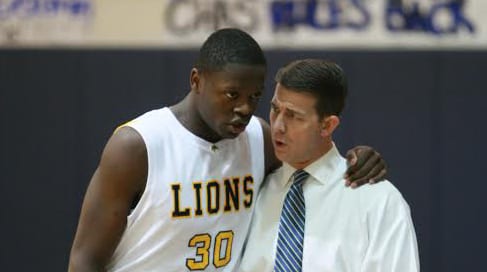 At Prestonwood, Lovell led a nationally recognized and ranked men’s basketball program, which just won its fifth straight TAPPS 5A State Championship in 2016.

The Prestonwood Christian program was recently named one of the top 36 high school programs in the country since 2010-2011 by MaxPreps. While at Prestonwood, Lovell has coached some of the best players in the nation, including Julius Randle of the Los Angeles Lakers.

Lovell graduated from LSUS with a bachelor’s degree before attaining a master’s degree in Christian Education from New Orleans Baptist Theological Seminary. He and his wife, Amanda, have three children — Paxton, Bowman, and Kerrington.

“I’m honored and thankful to have the opportunity to be the next head men’s basketball coach at Bossier Parish Community College,” Lovell said. “BPCC has always been a staple in the Bossier area and the potential for its men’s basketball program is very exciting to me. I’m looking forward to creating and leading a culture of winning while recruiting the best players possible.

“I want to assemble a team that can win at a high level in the classroom and on the basketball court while impacting the community in a positive way. I would like to thank Dr. (Rick) Bateman, (athletic director) John Rennie and the Search Committee for this incredible opportunity. I am excited to get started and to bring an exciting style of basketball to Bossier Parish Community College.”

Rennie is ready to have Lovell on board to steer the men’s basketball program at BPCC.

“We are thrilled to have Chris coming in as the next head coach of our men’s basketball program,” he said. “Chris is recognized across the nation by many major college coaches as a great young coach with much passion for his players. We are confident the passion, knowledge, and relationships Chris brings will develop a successful men’s basketball program here at BPCC in which our school and community will be proud.”

The BPCC Cavaliers compete in NJCAA Division I.