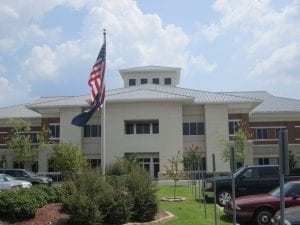 BPCC ranked 11th on the list of top 50, and of those eleven, the College was one of only two community colleges ranked from the South. The rankings, published annually, are based on growth between Fall 2012 and Fall 2013. The college achieved an all-time record enrollment of 8,695 this past fall (2014), an indication the college’s rapid growth is not slowing down.

“Since 2008, we have grown by more than 4,000 students,” said Interim Chancellor Dr. Rick Bateman, Jr.  “No other college in the state can claim such an amazing increase in productivity; however, we have yet to satisfy the needs of this regional economy. Even in this tough economic climate, we will continue develop innovative ways to provide students with unparalleled paths to opportunity and give our employers a talent-based competitive advantage.”

BPCC has continued to create programs aligned with the needs of employers and employment opportunities in the regional economy. The College has accomplished this while being the lowest funded college in the state according to the Board of Regents funding formula for higher education.  The formula is based in part on performance and is designed to create incentives for colleges to respond to market forces.  BPCC is currently funded at 39% of the funding formula, by far the lowest in the state.  The median implementation rate is 54.51%.