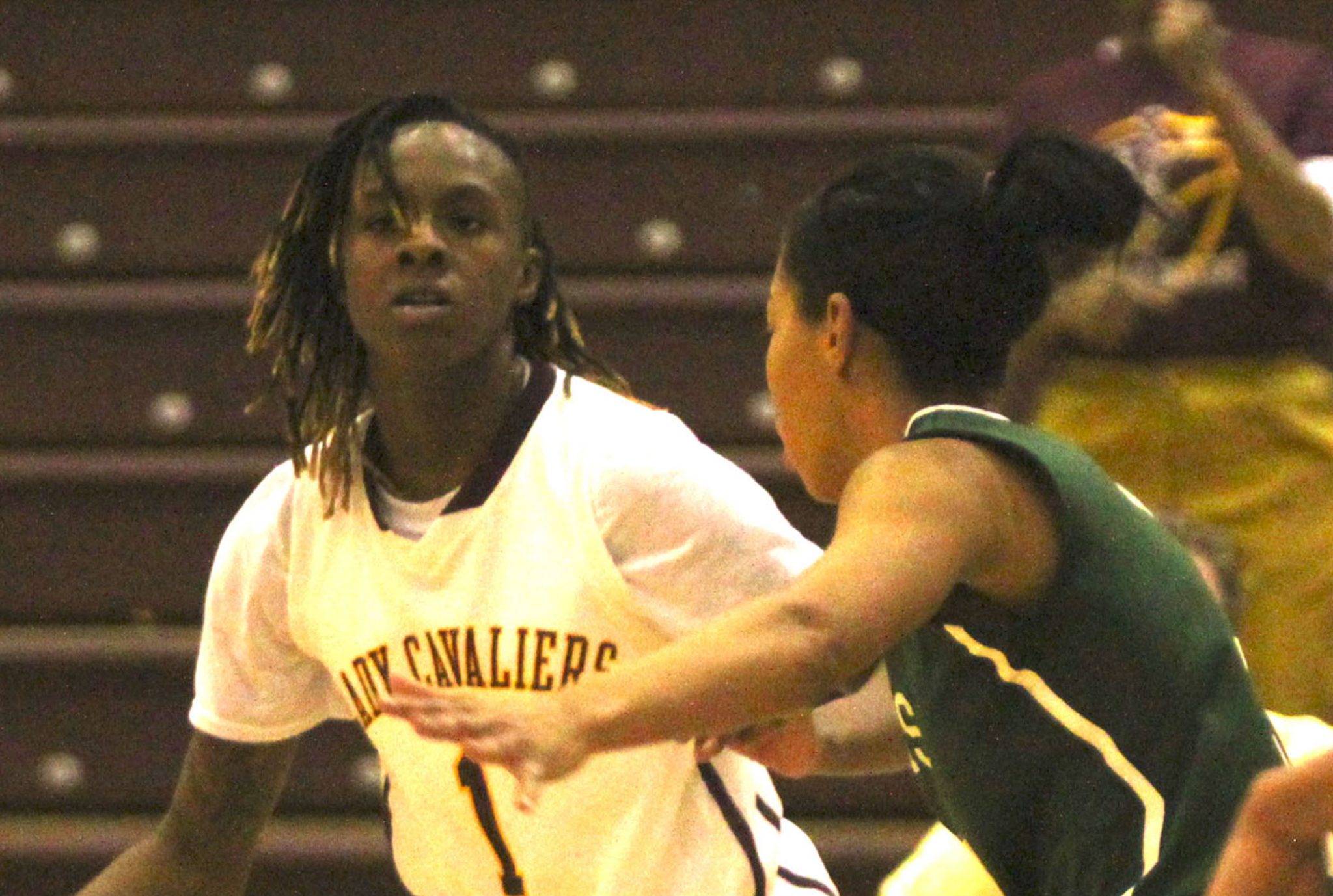 But even he was little down after the Lady Cavs’ 67-60 loss to Paris Junior College in a Region XIV game Wednesday night at BPCC.

Rennie wasn’t disappointed in his team’s effort, but this was a game he thought the Lady Cavs should have won.

And it was against a team that’s in the upper half of the conference standings.

“I’m so proud of these girls,” said Rennie, whose team dropped to 4-11 overall and 0-7 in the conference. “They’re fighting and it’s lessons learned each game. That’s a tough loss. We should’ve won that game.”

The Lady Cavs led by three with with about five minutes to play, but they managed just five points the rest of way, including a couple of meaningless free throws with a few seconds left.

Paris’ Damya Toney turned the game in the Lady Dragons’ favor with back-to-back 3-pointers sandwiched between a BPCC turnover under the basket.

The second 3 gave Paris (11-9, 5-3) a four-point advantage with 3:06 left. BPCC cut it back to two, but the Lady Cavs turned the ball over and missed a couple of shots down the stretch as Paris pulled away.

Sparked by strong inside play, BPCC led 31-29 at the half.

“I thought we played great inside the first half,” Rennie said. “They couldn’t stop us. We lost that in the second half and that killed us.

“I told the girls that I thought the biggest difference was in the first half we dominated the boards, going up and grabbing the rebound.”

BPCC maintained a slim lead for much of the second half. Paris got four shots underneath the basket before finally scoring to cut the lead to one 53-52.

“You can’t take a play off at this level,” Rennie said.

BPCC went back up by three on a nice dish from Raiosha Preston to Andreanna Jackson. Preston also hit back-to-back 3-pointers earlier in the half.

La’Dencia Johnson, a 5-foot-10 freshman forward from Rayville, led the Lady Cavs with 16 points. Jackson, another Rayville product, added 13, and Elena Greely, a 6-2 freshman from Bastrop, had nine.

Shanice Vaughn led Paris with 18 points, and Chy Cunningham had 14.

The Lady Cavs return to action Saturday with a 4 p.m. home game against Blinn College.