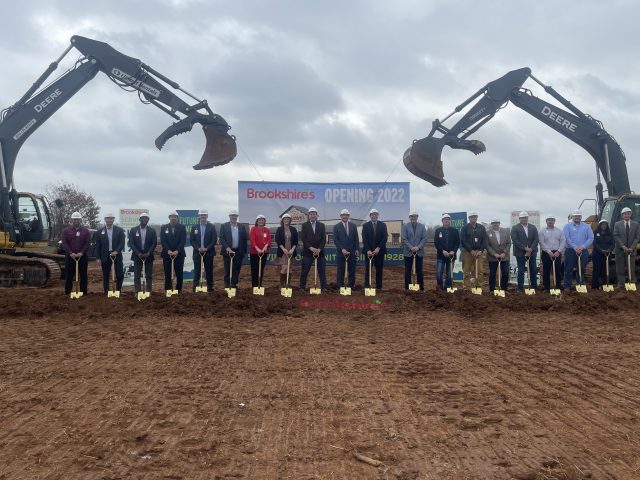 Representatives from Brookshire Grocery Company and officials with the City of Bossier City gathered for an official groundbreaking ceremony on Wednesday, December 15, celebrating the new Brookshire’s grocery store that will be opening in Bossier City in late 2022.

Leo Stevenson, Brookshire Grocery Company District Vice-President for the Shreveport-Bossier area, said that some of the amenities that will be included in the new store will be something that our area hasn’t seen before.

“We are going to have a CC’s Coffee. We will also have a pizza restaurant in the store, as well. I think it’s going to be a grocery store that Shreveport-Bossier hasn’t seen before,” said Stevenson.

The new Brookshire’s grocery store will be located at 4860 Airline Drive in Bossier City.

Construction of the new store is planned to start in late December and is expected to be completed in late 2022.