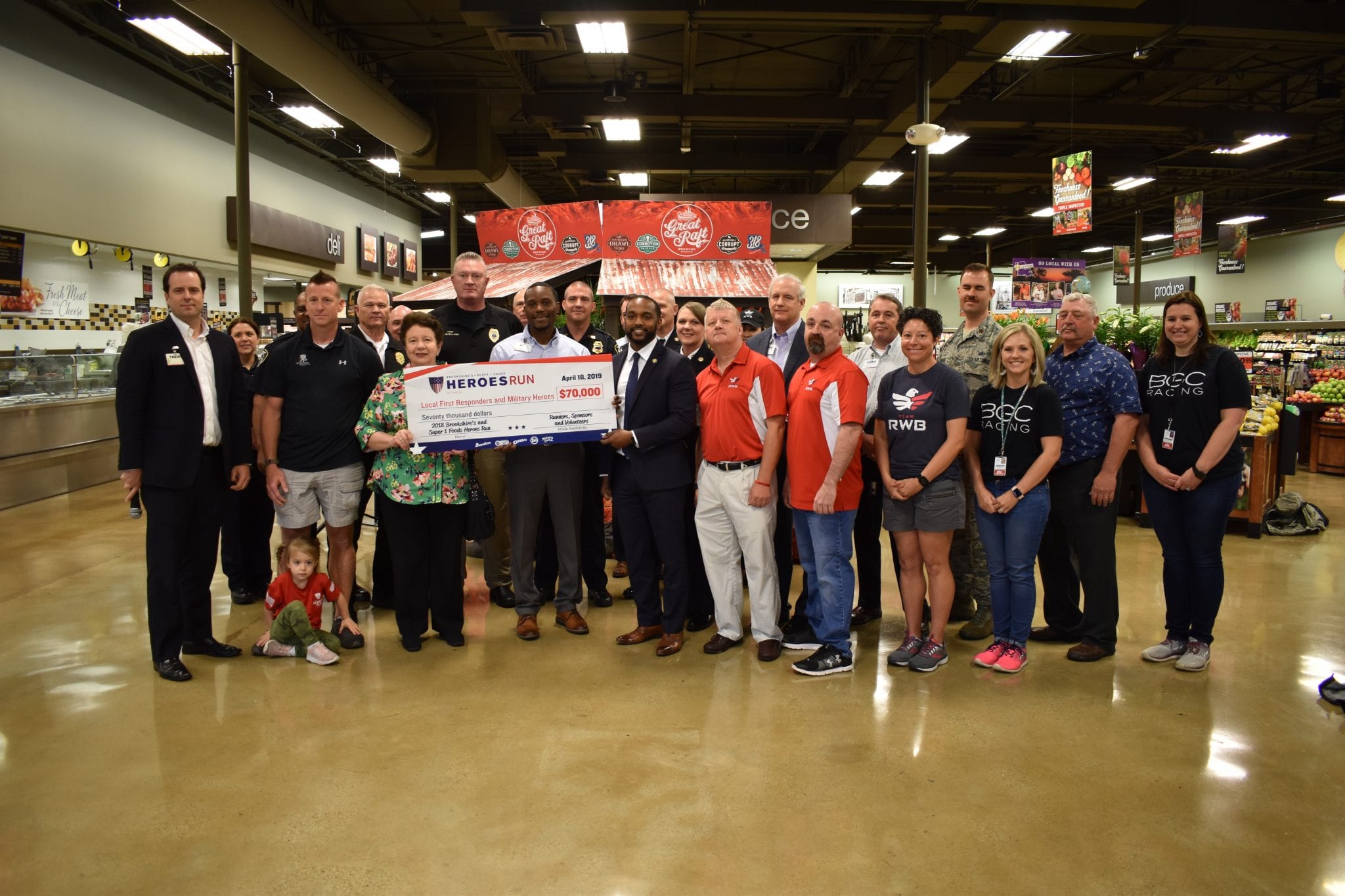 Bossier City Police and Fire Departments received a portion of a $70,000 donation to first responders and non-profit organizations from Brookshire’s proceeds from the grocery stores annual Heroes Run.

The city departments received $20,000 that will be used for the purchase of a Utility Terrain Vehicle “UTV” to be used by on scene command personnel (police and fire department) during flooding and potential flooding emergencies along levees.

Mayor Lorenz Walker said, “We thank the Brookshire’s organization for this most generous donation to support public safety in the City and Parish. Acquisition of the UTV will be a significant safety enhancement tool to protect homes, commercial establishments, and most importantly, people who live and work in areas that may be affected by flooding events.”

Brookshire’s + Super 1 Foods Heroes Run began with the idea of giving back to local first responders and military heroes. The Brookshire’s and Super 1 Foods Heroes Run features a half marathon and 5K race that lead runners through downtown Shreveport, along with a kids 1K for ages 12 and under. One hundred percent of runner revenue benefits military heroes and first responders in the Shreveport-Bossier City area.

“Our company is committed to giving back to first responders and military heroes who sacrifice to protect our freedoms,” said Brad Brookshire, Chairman and CEO for Brookshire Grocery Co. “With our runners’ support, we are proud to have raised more than $170,000 to support these brave individuals since establishing the Heroes Run in 2016.”