A Glimpse of Heaven….

Being thankful for who we are and what we have. This is a subject/topic that I have mentioned many times in my columns over the last year. I know that we all sometimes lose sight of what is right in front of us. Thus, we frequently lose sight of what is really important. With our fast paced, technology captive, ultra-busy lifestyles, this is easy to do. Often times, we do not see (and regretfully do not appreciate) what we have. Or, we let certain things (and even certain people) kind of irritate us or get under our skin. Then, when something happens…something changes…that person or that certain thing is now all of a sudden missing or gone, it hits us like a “ton of bricks.” Moreover, we think of all of the things that we wish we would have done or wish we would have said….and now we can’t…we no longer have the opportunity. Most definitely, we want those times back. We want a do-over. Sometimes, we get a second chance and then sometimes, unfortunately, we don’t. 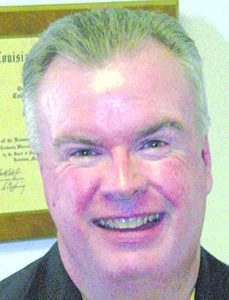 Recently, a relative of ours suffered a major heart attack and after a delayed multiple By-Pass surgery (due to his condition), he was in ICU and unconscious for two weeks (post surgery). On the Friday before last, he awoke and had an amazing story to share. He regained consciousness telling of seeing the heavenly angels Gabriel and Ezekiel. He told of how they spent time with him and told him that now was not his time and that he still had work to do (and was needed) here on earth. Wow! What a story! What a testimony! Now, he is saying that he is going to share his story/testimony with everyone he sees just as soon as he is able to do so. For sure, this heavenly account gives me chills and tingles all over!

I have another friend who was in a horrible auto accident about 20 years ago. I knew of his accident when it happened and also knew that he was almost killed as a result. He faced numerous surgeries and of course, he was hospitalized for an extended period of time. Most regretfully, I was “TOO BUSY” at the time to go visit him in the hospital. And, as we all say, “if I had it to do over again.” Well, a few months after he was released from the hospital and back out on his feet having been cleared to drive again, he called me and asked me if my Dad and I could meet him for lunch. He said that he had to share his story with us. I was very anxious to hear what he had to say, but the story that we heard was nothing like what I expected.

He told us of how he died laying right beside the roadway..on the shoulder of the road.

He said that he looked down from up above on his own body laying there fully covered with a sheet and having been actually pronounced dead. In similarity to the testimony that I shared above, he said that the angels told him that it was not his time and that he was coming back to earth. He was then returned to his body in a somewhat semi-consciousness state. Then, he said that he heard an EMS paramedic say “hey, wait, I think I saw his foot move.” Whew, my heart races once again just in writing about this!

For sure, many of us have heard testimony of this type. We have experienced true eye witness accounts of heaven from those that God sends back down to earth. Heck, many of us have even seen movies about this and THANK GOD for movies and productions of this type! I have always believed that God’s reason for taking some on this heavenly journey/experience is so that these individuals can come back to earth in order to witness to us, to tell us what they saw, what they experienced and that yes, IT IS FOR REAL!! Yes, I know without a doubt that as the movie says, “Heaven Is For Real.”

Something that we ALL need to remember, practice and make a part of our lives is

found in 2 Corinthians 5:7 (NIV): “for we live by faith, not by sight.” Lord, please allow us to live by faith and not by sight. You often test our faith. We are never to test you, but you often test us and in so many ways. Let us be up to the test and thanks so much for the gift of your son dying upon the cross for our sins in order to forgive us when we do not live up to the test! Lets us have no doubt and have true and total faith that the heavenly accounts briefly described above are in fact, true. Even though we ourselves have not seen these things, we have faith in you and also in your word being shared to us through those that have seen. Again, let us live by faith and not by sight.

Folks, I know that I share my faith quite often in my column space. I have to do so because it is such a big part of me, a part of who I am. Not to brag on me, but I can not express my sincere thanks appreciation for all of the many people in our readership audience who constantly tell me how much they approve of, enjoy and appreciate what I write in my columns. No, I am not a writer or even a journalist by training or trade. At least, not until now. I have a business and music background. However, I feel as if I have always had a story to tell…and I enjoy telling it. Thanks for reading. Until next time!