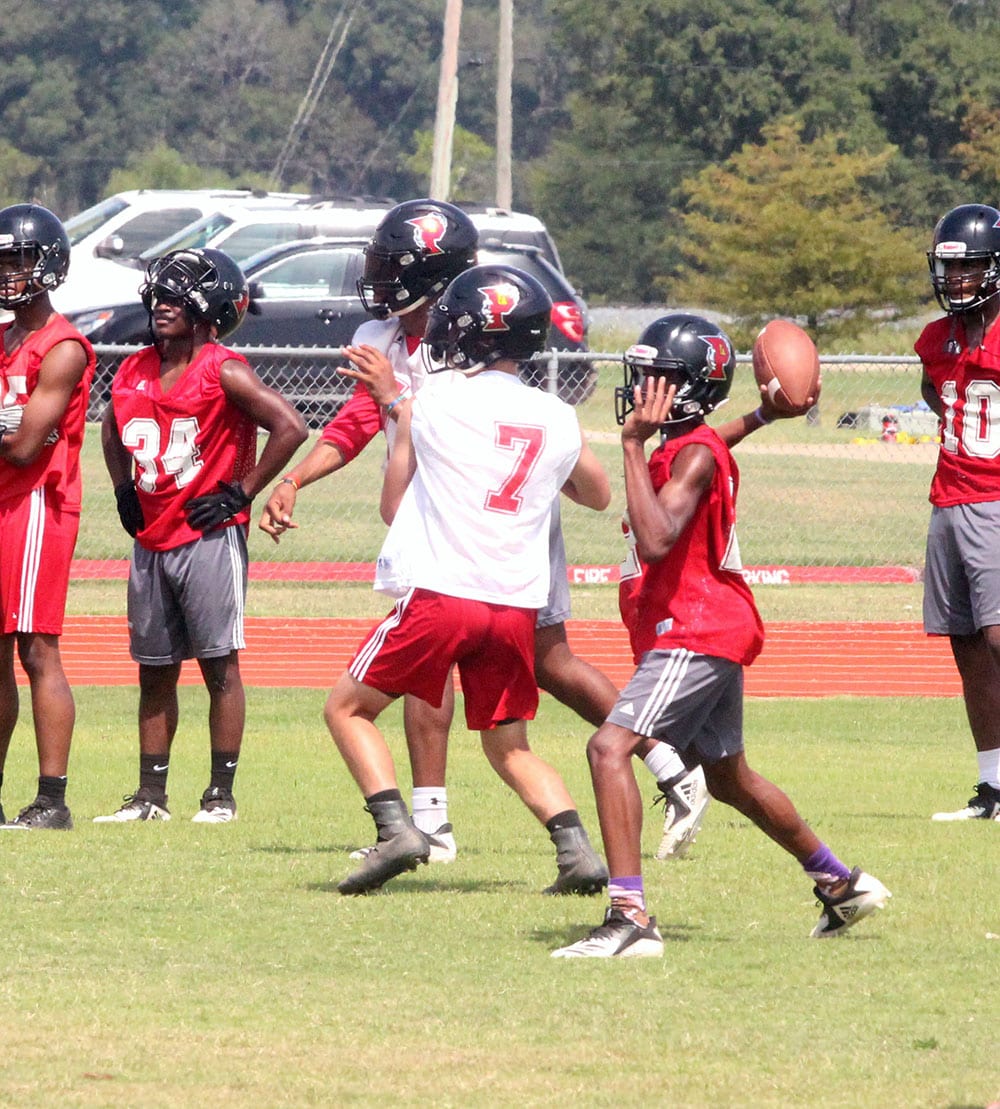 I am running my annual football column about one week early this year. Why? Because I am really excited and truly looking forward to fall because not only is it my favorite time of the year, but that also means football season is here! Thank goodness!

It has been a long wait since the end of January, which marked the end of football season. And, let me say that with some medical issues that we have had going on this year within my family, it has been a really, really long time since January. Each and every year, I go into a state of mourning once the high school, college and professional football seasons come to an end. And, as such, I then start counting the days until football season is here again.

All of my life, I have been a football fan. I used to play football up through middle school. Then I became more interested in music and band realizing that I could not do it all. Just because I no longer played football, it surely didn’t mean that I quit watching and being a fan.

When I was six-years-old, I vividly remember taking my first plane flight to New Orleans with my mom and dad to see the New Orleans Saints play the Baltimore Colts and Johnny Unitas at the old Tulane Stadium. A few years later, I remember watching the Dallas Cowboys Thanksgiving Day game in 1974 where Clint Longley came in for an injured Roger Staubach and threw a bomb to Drew Pearson for a touchdown with less than 30 seconds left in the game. The Cowboys beat the Washington Redskins that day 24-23. I was really excited over the Cowboys Championships in 1971, 1977, 1992, 1993 and 1995. And, I look forward to seeing Haughton’s Dak Prescott lead the Dallas Cowboys again for this football season.

I was also ecstatic over the New Orleans Saints Super Bowl Championship in 2009 (finally!). I have to say, the Saints should have been in the Super Bowl this past season! And of course, I am still reveling over LSU’s football national championships in 2003 and 2007.

If you see me out there doing my thing, please get my attention and say hello. I love that too because it is very important for me to know our readers.

This year, the season arrives with the annual Bossier City Lions Club Football Jamboree on Friday, Aug. 30, 2019. Then, the regular high school football season begins on Sept. 6, 2019. It’s hard to believe that is just a few weeks away!

And, please watch for our 28th Annual Bossier Press-Tribune High School Football Preview which will publish in the BPT on Wednesday Aug. 29, 2019. Contact us if you would like an extra copy, we will also have the edition online to view for free.

It is going to be a great season for our high school, college and pro teams. Here’s to fall and here’s to football!

Stats show crime is down in Bossier City