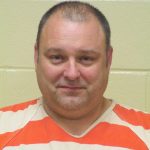 Billy J. Bonacci, 45, of the 400 block of Joe Lewis Road in Haughton, was arrested and charged with domestic abuse battery by the Bossier Sheriff’s Office following a physical altercation with his wife of eight years at their residence around midnight Monday.  Injuries did not require medical attention.

Bonacci was hired by the Bossier Sheriff’s Office on March 1, 2006.