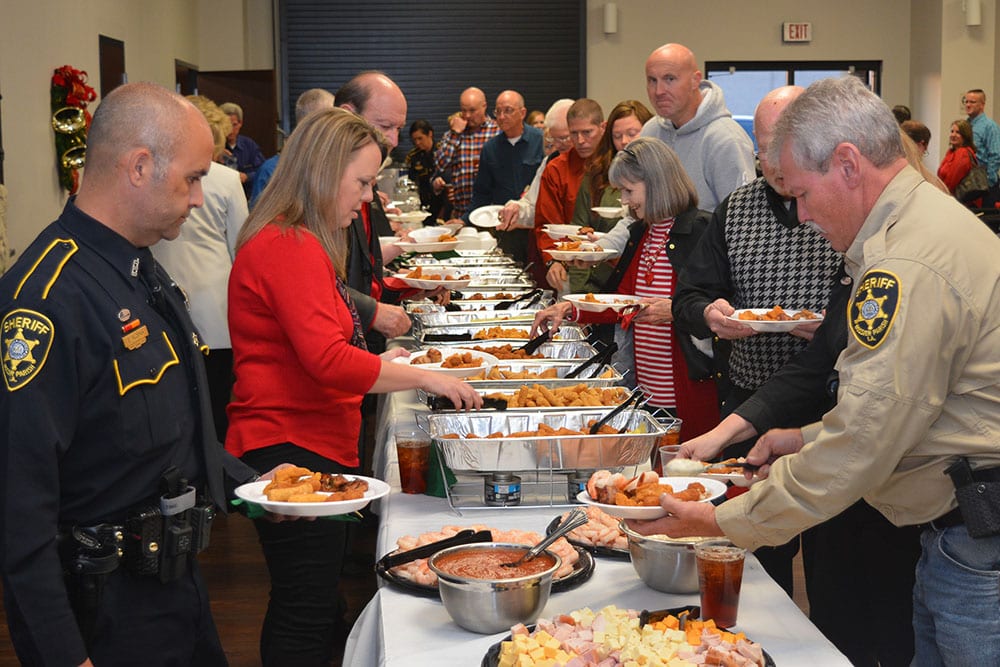 Bossier Sheriff Julian Whittington presented ‘years of service’ certificates to deputies and staff members at the annual Christmas Banquet at the Viking Drive Substation on Dec. 12.

He also presented awards for the ‘Employee of the Year’ for the different divisions and Reserve deputy.

While attempting to effect the arrest of a fugitive, Anthony Ivory, TFO Becker, and other Task Force Officers (TFO) observed Ivory sitting on a bed playing a video game with a game controller in his hands. When the officers identified themselves as the “Police”, Ivory immediately dropped the game controller, moved his hands to the inside his front waistband and attempted to draw a concealed handgun. Observing there were two small children in the line of fire TFO Becker jumped on the bed onto fugitive Ivory, pinned his arms against his body and was able to successfully wrestle the handgun away from Ivory.  Simultaneously, TFO Joel Davidson secured the handgun which had fallen to the floor and handed off both small children outside the bedroom to TFO Justin McDonnell.

The quick thinking and actions taken by TFO Becker prevented a possible shooting in a confined space occupied by the fugitive, multiple small children and other innocent civilians.

I consider his actions to be heroic and believe TFO Detective Becker represents the best of our Violent Offender Task Force and is a great ambassador for the Bossier Parish Sheriff’s Office.