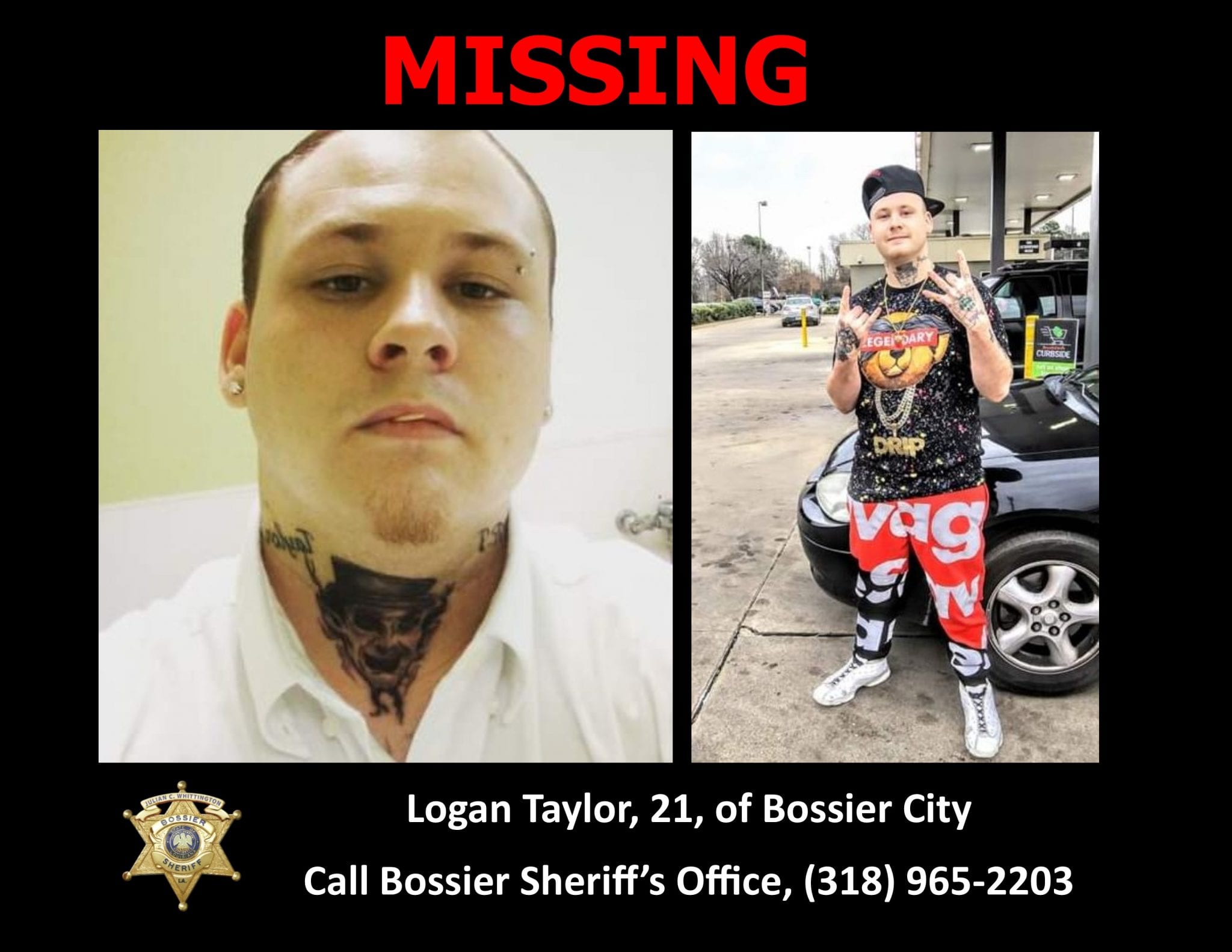 Logan Taylor is no longer missing; he made contact with his family.

Logan Taylor, 21, was reported missing by his father, who is concerned for his son’s well-being.

Logan resides at Cash Point RV Park and was last seen wearing black wind pants, black t-shirt with an orange Carhart hoody.  He is also known to frequent the hotels near DiamondJacks Casino.

Anyone who knows the whereabouts of Logan is asked to please contact the Bossier Sheriff’s Office at (318) 965-2203 and speak with Det. McKay.