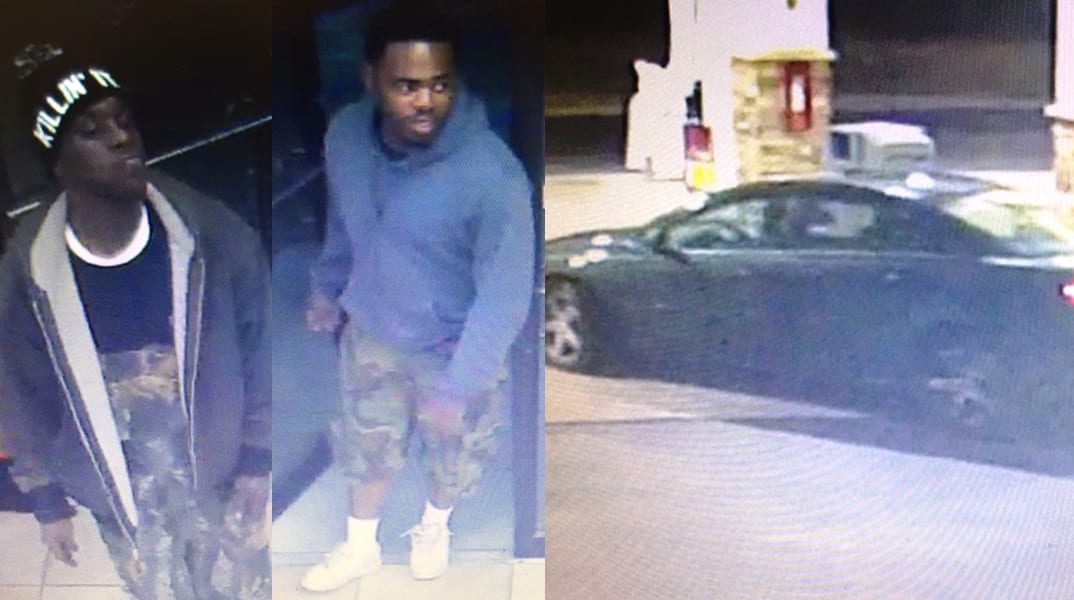 The two men are seen on surveillance video at the Circle K on Airline Dr. and Swan Lake Rd. early morning Jan. 1, wearing clothing that fits the description of two men who had just burglarized unlocked vehicles.  Those burglaries occurred overnight New Year’s Day at four residences in the Palmetto Place subdivision and at one residence at the Bayou Bend subdivision where thieves primarily stole guns, magazines and ammunition from eight different vehicles.

Both men are described at black males wearing camouflaged pants.  One man is wearing a blue/gray hoodie and white tennis shoes, and the other man is wearing a gray-looking coat and a black beanie cap with the words, ““Killin’ It.”   They were driving a four-door dark-colored sedan.

Anyone with information about the identity of these “persons of interest” or these vehicle burglaries is asked to contact Bossier Crime Stoppers with your anonymous tip at (318) 424-4100.

You can view a video of the suspects below: