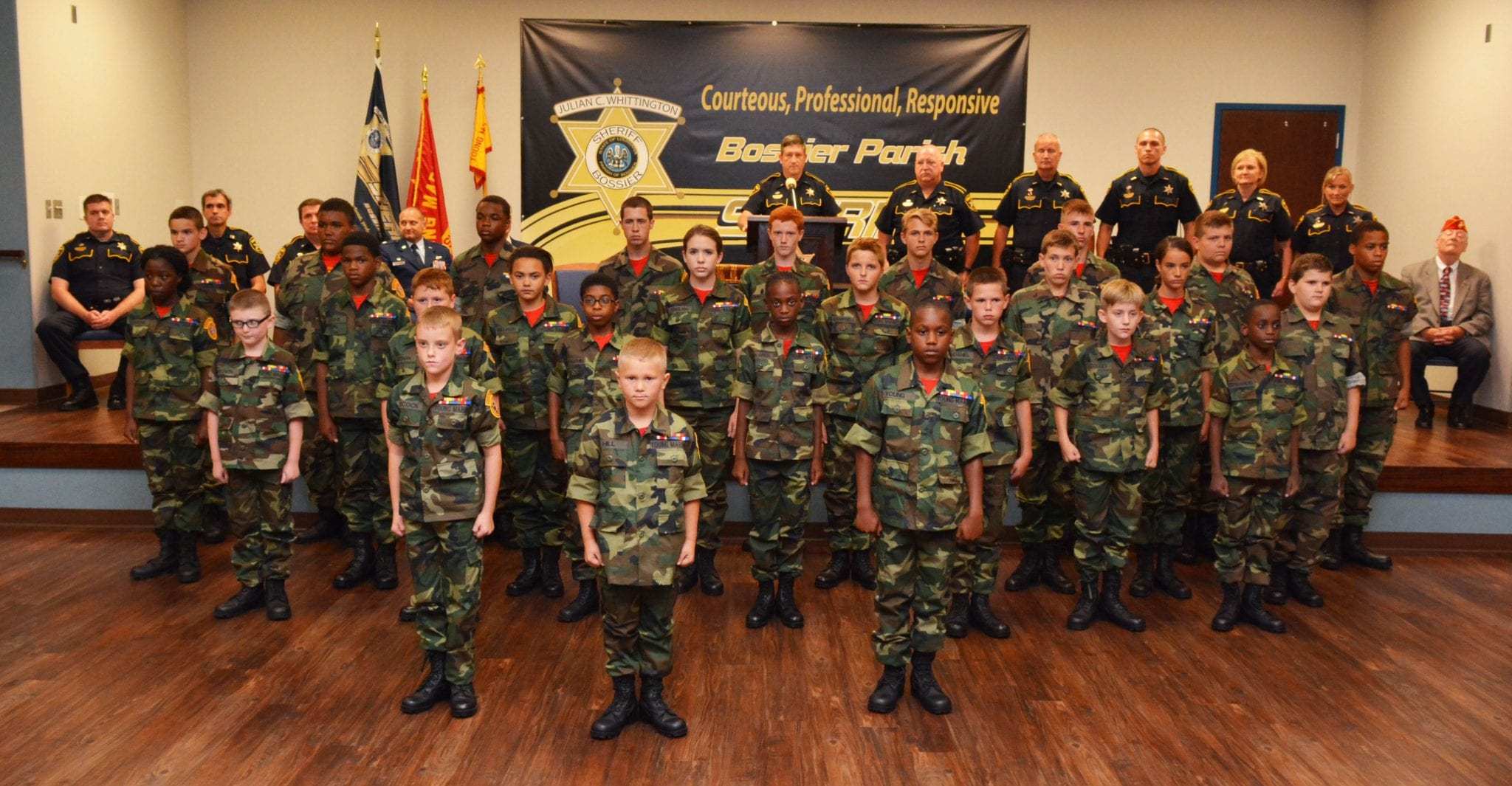 Twenty-seven youngsters aged 8 – 17 can now call themselves Bossier Sheriff’s Young Marines as Class 35 graduated earlier this week in a ceremony at the Viking Drive Substation.

Bossier Sheriff Julian Whittington encouraged the boys and girls to keep striving for success.  “Now you have the tools you need to be successful,” he said, “and now it’s up to you whether or not you are going to use them.”

Lt. Col. Chris Cain, commander of the 96th Bomb Squadron, Barksdale Air Force Base, was the guest speaker.  He spoke to the young people to keep moving forward, because life is not built on “instant success, but sustained tenacity and your reaction and correction to all the setbacks and disappointments along the way.”

Awards and promotions were presented to:

Graduates of Class 35 of the Bossier Sheriff’s Young Marines are:

To find out more about the Bossier Sheriff’s Young Marines program, call 318-965-3500, go online at www.bossiersheriff.com  or visit the Viking Drive Substation at 2510 Viking Drive in Bossier City.