BENTON – Buddy Bernard Smith left the life he loved October 20, 2013, surrounded by his family. Buddy fought diligently the last two weeks of his life with all his power, we will cherish the last moments and his expressions of love. He wanted to assure us everything he did in his life was for his family. Please join the family for visitation to celebrate his life Tuesday, October 22, 2013 at Hill Crest Funeral Home from 5:00 – 7:00 p.m. and the funeral service Wednesday, October 23 at 3:00 p.m. at The Pentecostals of Bossier City on Viking Drive. Honoring Buddy as pallbearers will be his grandsons: Brandon, Bailey, Spencer, and Sidney Smith; Josh McRae, and Richard Bearden (his loyal employee of 37 years). Honorary pallbearers will be George Dement, Buster Stokley, Mickey Capuano, Frank Hoffman, his nephews David and Robert Angel and his youngest grandchild Sawyer Smith.

Buddy was a lifelong resident of Bossier Parish. He proudly served in the Air Force and was stationed in New Jersey where he met the love of his life. Even in the last week he spoke of them being in love their whole life. After his military service he returned to Bossier to work in his father’s roofing business which was founded in 1936. In the 1970’s, he founded Bossier Remodeling and dedicated his life to residential and commercial development; his family was blessed to work by his side each and every day. Although Buddy was a very successful business man and could have retired many years ago, he never lost the desire and drive to make something old, new again. He worked daily at the office and was constantly looking for new ventures till the end. Buddy was a visionary and a gambler; he would take chances many were unwilling or unable to see through to fruition. Many knew Buddy for the many strip malls and commercial developments he built throughout Bossier Parish. He loved to assist small business owners in developing new businesses. Buddy was often misunderstood by those who were outsiders because of his tenacity for accomplishing his dreams; but, the ones close to him knew him the best and admired his determination and true grit personality. There was a much gentler side to Buddy, he had a giving spirit and found joy in assisting people who needed a helping hand. He gave many people employment opportunities to help them, help themselves. He also loved traveling to Mexico and his annual trip with his family to Las Vegas to enjoy the National Final Rodeo. 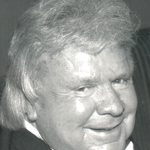 Left to cherish his memory are his wife of 57 years, Barbara Bailey Smith and their two dedicated sons Dean Bernard Smith ad Douglas Scott Smith, his daughter-in-law Tammy Armer Smith all of Benton, LA. Buddy’s legacy is his six grandchildren; Brandon and Bailey Smith and Sierra, Spencer, Sidney and Sawyer Smith. Our favorite memories are of Sunday afternoons where the family ate dinner together and watched the Saints and Cowboys play football. For the past 22 years, Buddy’s home was on Willow Bend Plantation where he enjoyed cattle ranching and riding his horse Dee Winchester. Buddy loved being at the ranch and watching his grandchildren ride horses, 4 wheelers, and playing in the pool. He is also survived by his brother Richard Smith and wife Media Smith, who have been our rock during this difficult period. He is also survived by his sisters’ two sons, David and Robert Angel all of Bossier City; Mary Maines (sister-in-law), Elvin (Annie) Bailey (Brother-in-law) and four nephews and one niece. Buddy will be sadly missed by his grandchildren’s friends: Josh McRae, Bobbie McGuire, Tiersten Teutsch. They all loved “PaPa Buddy” and were treated as if they were his grandchildren. Many employees, friends, and cousins will also miss him deeply.

Preceded in death by his parents, Burnard and Eunice Smith and his sister, Allyne Angel. We know they were waiting with our Lord to welcome him home.

Buddy leaves us many happy memories. Very few families spend each day with their father. We were blessed to spend each day working side by side. Nothing was left unsaid and we are thankful he now is at peace. The family would like to thank the physicians and staff of Willis-Knighton North for their dedication and care during his last days. Memorials to honor his years in construction may be given to Airline Baptist Church-Building Fund or the charity of their choice.

You may offer condolences and sign the on-line guest book by visiting www.hillcrestmemorialfh.com.