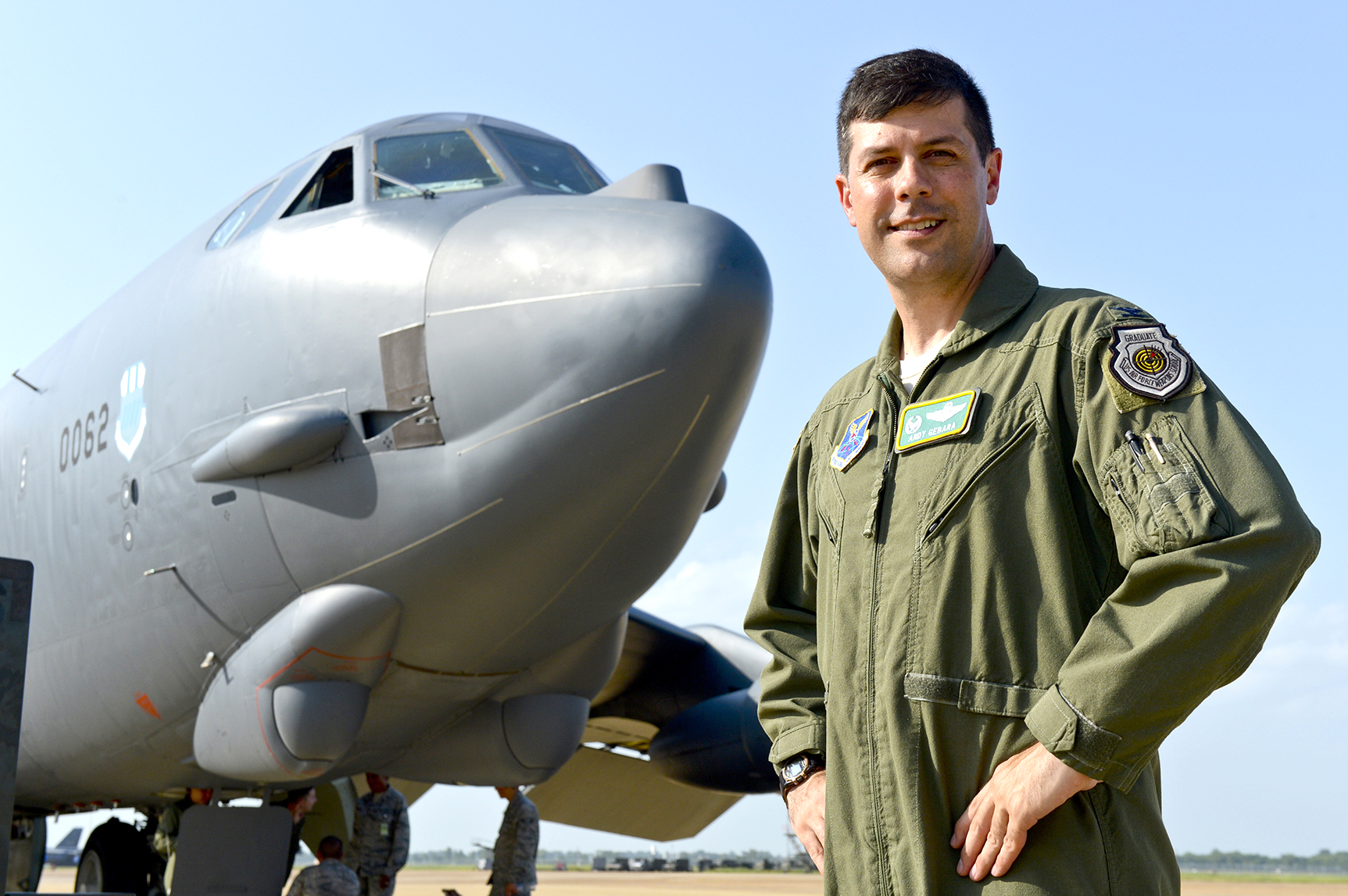 BARKSDALE AIR FORCE BASE — July 29, 1993, an Air Force officer in his early twenties stepped into a B-52H Stratofortress for the first time as a copilot. Somewhere else in the country, two future aviators, who would one day fly in a B-52, were barely entering grade school and a future crew chief, who was barely a week old, would help maintain the venerable aircraft.

The young officer who flew his first BUFF 20 years ago was Col. Andrew Gebara. He now commands the 2nd Bomb Wing, and its entire fleet of B-52s, and recently commemorated his 20th anniversary by doing what else – flying a B-52.

“I’m excited for [Newcomer, Dukes and Otero],” said Gebara. “Twenty years is a neat milestone but in comparison to the B-52, that’s a short amount of time. This plane has been going about three times that long and will continue to go for at least another 27 years. So to the new aircrew members out here, study hard, know your job, work to the max of your abilities and this plane will be there for you.”

Gebara, who has more than 3,400 flight hours under his belt, was stationed here from 1993 to 1997. During that time, he was not only a copilot, but an aircraft commander and the squadron chief of safety.

“I was excited back then [to fly the B-52] and I’m excited now,” he said. “Every aircrew member has a mix of excitement and thrill of ‘they’re letting me do this and they’re paying me for it’ and a little healthy apprehension of ‘let me have done my job well enough that I don’t let me teammates down.’ Twenty years hasn’t changed that, and it’s the same basic emotions.”

While Gebara has gone from a young lieutenant about to take his first official flight on the B-52, to commanding the wing, he believe it’s what Airmen do every day that makes this milestone rewarding.

“This is a fun day for me but really it’s the hard work of thousands of men and women who are making this job happen every day,” said Gebara. “Although it’s a highlight for me personally, every day that we do this is an important day, so thank you Deuce for what you do.”