Detectives with the Property Crimes Unit initially arrested Dondrakus Williams, 30, of Bossier City last Thursday for breaking into a home in the 1900 block of Rossie Lee Drive earlier that same day. Police were called to the scene after a witness reported seeing a man come out of a residence with a flat screen TV and place it in his vehicle before driving off. A detective later spotted the suspect vehicle traveling on Shed Road and saw it pull into the Parkland Villa Apartments in the 3100 block of Shed Road.  That’s where police contact with the driver who was later identified as Williams. 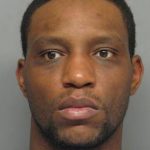 Williams was taken into custody and arrested after detectives obtained evidence that linked him to the burglary on Rossie Lee Drive, including evidence that showed he pawned the stolen TV at a local pawn shop within minutes after committing the break in. Williams was booked into the Bossier City Jail on one count each of simple burglary of an inhabited dwelling and theft.

Detectives have now charged Williams with eight additional counts of burglary and five more counts of theft after a subsequent investigation linked him with a string of residential burglaries that occurred in south Bossier City over the past few weeks. Detectives found Williams also had taken multiple items in each of those burglaries including televisions and computers which he later pawned.

Williams has since been transferred to the Bossier Parish Maximum Security Facility. His bond is currently set at $125,500.