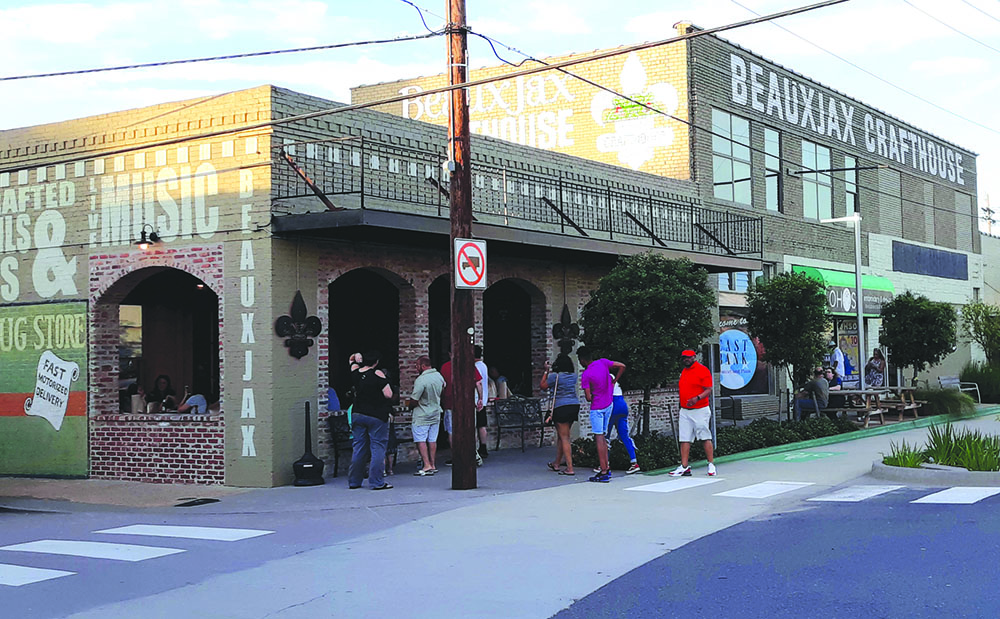 [Editor’s Note: This is part one of a two-part series examining the success of the East Bank District in Bossier City.]

As the East Bank District is just a little more than two years old, many tenants and business owners see the redevelopment project as a worthwhile endeavor.

Bossier City spent $15 million to redevelop the downtown portion of Bossier City, officially opening at the end of November 2017. While some East Bank business owners have told local media that they have not seen an increase in business from the city’s effort, other East Bank business owners say foot traffic has been growing to the point where they are opening up new businesses.

Co-owner of BeauxJax Crafthouse, Beau Hays, says business has been booming since he opened the doors 1.5 years ago. So much so, that he partnered with another East Bank Business, Bayou Axe Co., and opened a second restaurant in the East Bank District, The Frozen Pirogue.

“Since we opened, we have been extremely busy. Based on the food and alcohol sales by volume, I say we are one of the top volume restaurants in Shreveport-Bossier. Between each business, we be bring in about $6,000 per month in tax dollars that go to (Bossier City),” said Hays.

He went on to say that he understands why people want a quick return on the city’s investment, but as a businessman, he knows it takes time.

“You can feel that the city’s heart is into making the East Bank District a go. Obviously, they put the investment up. And, I get that everybody thinks that you put that much money into something you expect to see a return right away. But as a businessperson, it doesn’t happen that way. It takes time,” said Hays.

Partner at Bayou Axe Co. and Frozen Pirogue, Doug Rogers, supported Hays’ assessment on the East Bank District traffic since he opened his doors in March of this year.

He said when opening Bayou Axe, he only had one place in mind: East Bank.

“That is because of what Bossier City chose to do with this area as a special entertainment area. I knew this would be a special place,” he added. “We get so much business from out of town, it’s an enormous number.”