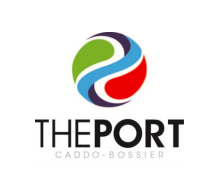 Shreveport, La/Bossier City, La. – The Caddo-Bossier Parishes Port Commission has elected its officers
to lead the Port for the next year.

“We are just in the first two weeks of 2022 and already the next two years are looking to be some of the
busiest and exciting for the Port of Caddo-Bossier,” said Commission President Walter Bigby, Jr.

“Planning is underway for a nearly $1 billion methanol plant at The Port, plus our current tenant
Ternium has announced a $98 million expansion. The Port also worked with developers to bring a new
$110.5 million sawmill to Plain Dealing.”

The 4,000 acre Port of Caddo-Bossier is located at the head of navigation on the Red River Waterway in Northwest
Louisiana. An inland multi-modal transportation and distribution center, The Port works hand in hand with the port
system of Louisiana to successfully link customers throughout the Ark-La-Tex region to domestic and international
markets via the Mississippi River, the nation’s largest river system, and the Gulf Intracoastal Waterway.