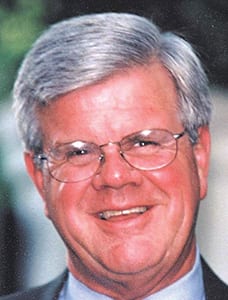 More federal dollars have been set aside to pay for expansion of high-speed internet service in North Louisiana, and Public Service Commissioner Foster Campbell is urging broadband providers to apply for the funding.

The “Rural Digital Opportunity Fund” of the Federal Communications Commission helps bring broadband service to rural, unserved, or underserved areas of the United States. The FCC has allocated $20.4 billion to be spent over the next 10 years, with the first phase beginning in 2020.

Phase 1 calls for 627,000 new internet access points in 45 states including 182,458 across Louisiana. Of the state’s allotment, more than 79,000 new spots will be in the 24 parishes of North Louisiana that comprise Campbell’s LPSC District 5.

“The addition of 79,000 new broadband access points will be welcome news for the residents and business owners in North Louisiana,” Campbell said. “Much of our education, health care, and commerce is conducted on-line, so reliable, fast and affordable internet service is needed in every household and every community.”

These new internet locations are in addition to the nearly 55,000 homes and businesses in North Louisiana made internet-accessible by the FCC in 2016-2020 as part of its “Connect America” program. That previous FCC effort, coming to an end this year, helped fiber, wireless and satellite internet providers meet the need for broadband service in unserved or underserved areas of America.

By the end of this year the Connect America expansion was to have made 54,580 homes and businesses in PSC District 5 eligible to receive high-speed internet service. Three providers — AT&T, CenturyLink and ViaSat – received FCC funding.

“I’m pleased that the FCC is continuing to reach out to places like North Louisiana, where we have more territory unserved by broadband than other parts of the nation,” Campbell said. “All of the 24 parishes in my district are seeing growth in broadband.

“This development should continue until every household, business and institution in North Louisiana can get affordable and reliable broadband.”

The FCC also mandates that rates are “reasonably comparable” to rates in urban areas. AT&T proposed a monthly charge as low as $60 for locations made possible with Connect America FCC support.