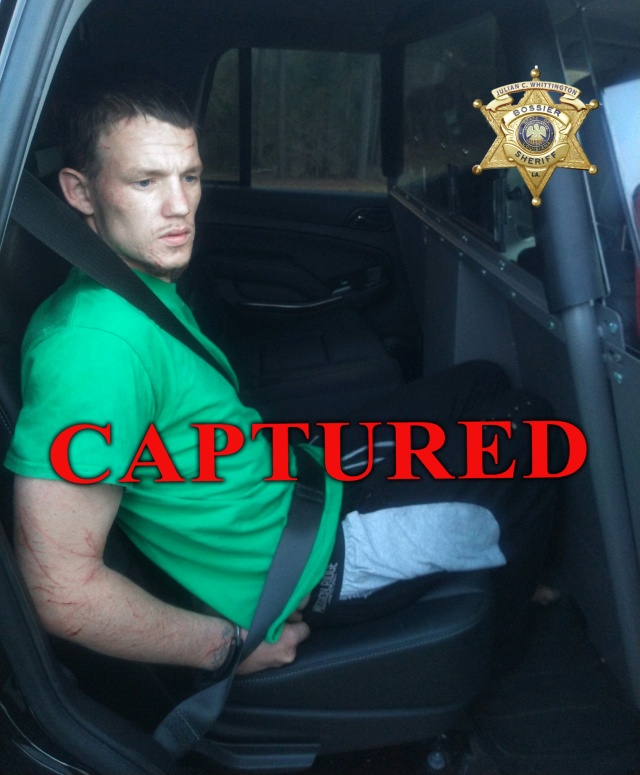 Bobby Henry, III has been captured and is now in police custody. Bossier Sheriff’s Office deputies say troops with 2nd Security Forces Squadron of Barksdale Air Force Base captured Henry after he jumped the fence onto the installation late this afternoon. Seen here in two separate photos, Henry will be booked on several charges stemming from the warrants for car theft, burglaries, flight from an officer, that occurred here in Bossier Parish and in Texarkana, Texas. He is now being questioned by detectives with the Bossier Sheriff’s Office.