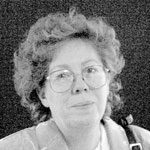 One of the more thoughtful Bossier City Council discussions occurred at last Tuesday’s meeting, and will likely determine how the city’s new commercial development will look for the next several years.

The discussion actually started at the Council’s June 24 agenda meeting as Sam Marsiglia, Bossier MPC Executive Director, noted that the recent city-parish Comprehensive Land Use and Development Plan update, was approved in March. As most are aware, the plan is the developmental “vision;” the Unified Development Code (UDC) is the vehicle to realize the vision.

At issue is an amendment to the UDC’s architectural design standards section. Marsiglia said that as commercial development has started encroaching near residential areas, his office is hearing from the public that the commercial buildings need “to look nice all the way around – not just in the front.”

Marsiglia recounted the MPC started working on upgrading the standards late last summer and spent about nine months working with a consultant. The MPC had multiple hearings regarding the issue and they worked extensively with one local company that produces metal products that are attractive and can be used in conjunction with other materials like stone and stucco.

The bottom line is that the MPC proposes to significantly upgrade the aspect of building materials in the UDC’s architectural design standards section – citywide.

At-large Councilman David Montgomery, however, suggested reconsideration of how the new standards would apply and noting that somewhat less stringent standards would be more appropriate for older sections of the city.

“We certainly want to encourage local developers to move into these (older) areas … (we) don’t want to make it cost prohibitive that a man can’t return on his investment, we want to encourage local developers that might not have the funds that these national companies do to develop some of the older areas of the city so that we don’t end up with an inner city that’s dilapidated,” Montgomery said.

Scott Irwin, District 1, contributed that while he wasn’t opposed to Montgomery’s suggestion, “At the same token, Barksdale Boulevard north of the main gate is an old area; I would like to see the architectural standards stronger there. That area is such an eyesore, and I would like to see the area around the base look modern and attractive and compete with other progressive cities.”

Irwin said that around the base he would like to see the standards “as strict as could be.”

And the discussion continued as other council members and Marsiglia explored the issue of stepping down the new standards for specific areas of the city.

At the Council’s July 1 regular meeting, discussion on the issue was shorter, but definitive in sending the proposed amendment to the UDC’s architectural standards back to the MPC for further consideration.

After the meeting, Montgomery said that while he was “all for making the city better,” he didn’t want to forget about some of the older areas of town where redevelopment efforts under the proposed standard could be cost prohibitive. He believes the MPC can look at areas where the current standards should apply, while providing for more stringent standards in other areas.

Thoughtful discussions usually produce thoughtful, productive results – and the Council’s consideration of the UDC’s architectural design standards look to do just that.