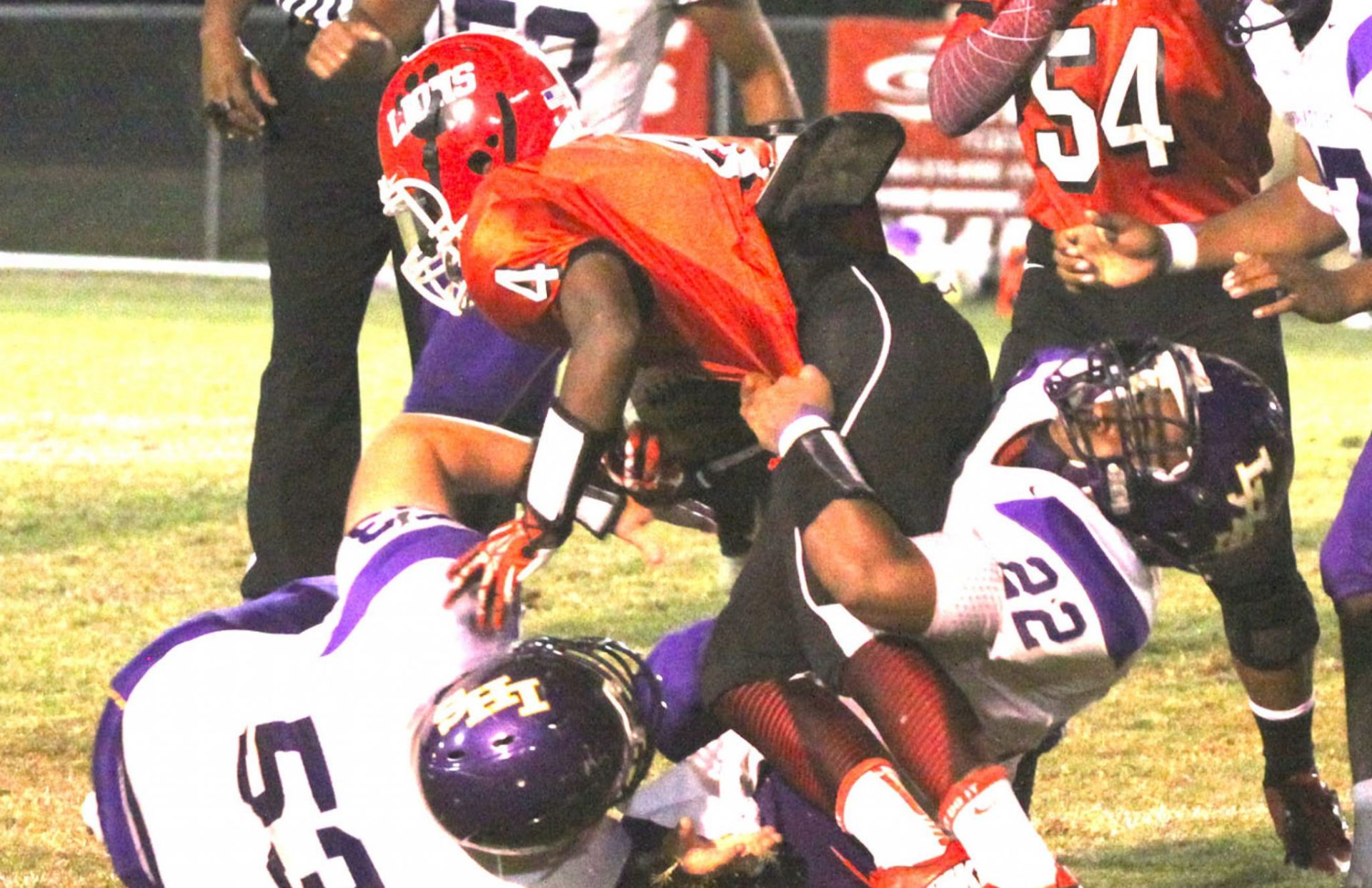 New Tech visits Arcadia Friday, and the Lions can all but sew up a home first-round playoff game with the victory.

The Lions hung with the Cougars in the first half, trailing just 21-6.

It would’ve been closer, but Cedar Creek scored on a reverse pass on the final play of the half.

“We knew they were good,” New Tech coach Coy Brotherton said. “They have one of the state’s leading rushers and he’s pretty good.”

Brotherton was by no means disappointed with his team’s effort.

“I thought we played well enough to stay in the game,” he said. “We missed a lot of opportunities early in the game.

“We had a lot of good stops in the first half. The kids played hard and as good as they could.”

Logan Allen connected with Tray Harris on touchdown passes covering 25, 45 and 41 yards in the second half.

Allen completed 14 of 27 passes for 235 yards with one interception. Harris grabbed six passes for 164 yards.

Harris also led the Lions on defense with 13 tackles. Deandre Coleman had 10, and Ryley Penwell 6.5.