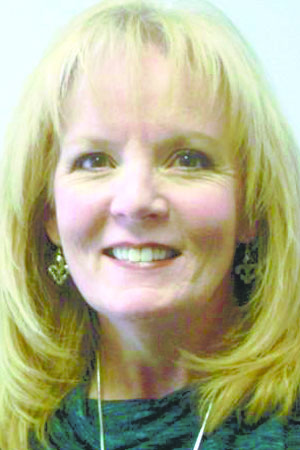 Picnics and fireworks are a big part of 4th of July celebrations across the country. What better way to remember how blessed we are to live in America. Reflecting on the historical events that made this country great reminds us how truly precious freedom is.

Some years ago, the Exchange Club donated a collection of outstanding copies of original historical documents to the Bossier Parish Library Historical Center. These documents were created to shape our country and still stand today.

Some of the items on exhibit include:

George Washington’s first inaugural address, written in his own hand. He wrote “the preservation of the sacred fire of liberty and the destiny of the republican model of government are…entrusted to the hands of the American people.”

Treaty of Paris, 1783, which was concluded on September 2, 1783, when Great Britain recognized the independence of the United States.

Monroe Doctrine presented to Congress by President James Monroe on December 2, 1823. “American continents are free from future colonization by any European powers and any attempt to interfere with them would be regarded as the manifestation of an unfriendly disposition towards the United States.”

Jackson’s letter signed on January 9, 1815, describing the Battle of New Orleans and in which he paid tribute to his men.

There are other documents such as the Bill of Rights; Emancipation Proclamation; Thirteenth Amendment; Gettysburg Address; Nineteenth Amendment; The Great Instrument of Surrender-WWII; and the Mayflower Compact.

These documents and more are on permanent display in the meeting room. The History Center is open to the public free of charge during regular operating hours Monday through Sunday. If you would like more information call (318) 746-7717 or visit the library website at www.bossierlibrary.org.

Tuesday, July 10 from 12-1 p.m., the “Free Financial Workshop: The Psychology of Spending” will be presented by the Carter Federal Credit Union in the conference room at Bossier Central Library. Sign up at the Bossier Central circulation desk or at any Carter Federal branch. Contact Candace Slack for more information at (318) 382-4457.

It is not too late to sign up for the Summer Reading Programs. Stop by any of the Bossier Parish Libraries and get started today.

“The Shining Girls” by Lauren Beukes

“The Devil in Her Way” by Bill Loehfelm

“The Week Before the Wedding” by Beth Kendrick

“The First Rule of Swimming” by Courtney Angela Brkic

“The World Until Yesterday: What Can We Learn from Traditional Societies” by Jared Diamond

“The Soundtrack of My Life” by Clive Davis

“The Secret of Happy Families: Improve Your Mornings, Rethink Family Dinner, Fight Smarter, Go Out and Play, and Much More” by Bruce Feiler

“Lean In” by Sheryl Sandberg

“Getting Past Your Past” by Francine Shapiro