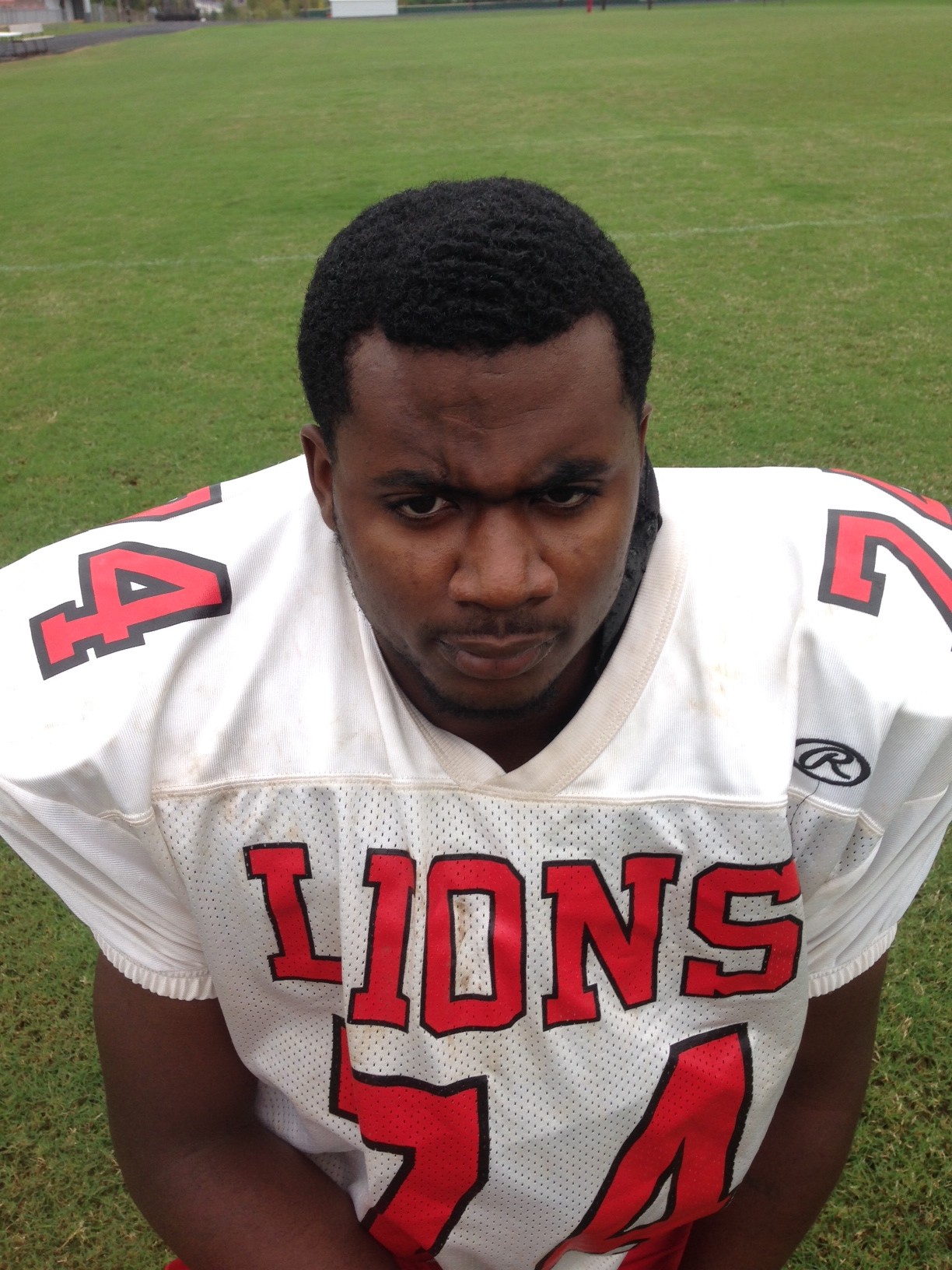 New Tech’s Stromile eager to prove himself on field

If an opponent of Louisiana New Tech has to face off with sophomore lineman Desmond Stromile, it is their tough luck.

A tough life growing up has turned Stromile into a glutton for adversity on the field, always seeking out the biggest and the best opponents he can find and relishing getting the upper hand.

What he lacks in size and natural ability he more than makes up for with technique, training and above all else determination.

“He’s a tough, hard-nosed, old throwback kind of kid,” said Coach Coy Brotherton. “He’s worked hard to get all of his ability and has developed over the years. If I asked him to run through a brick wall he would be happy to do it.”

Stromile, although only about 5-8, stands tall in the eyes of his coaches and teammates on and off the field. What he doesn’t do is use his small size as an excuse. Instead, it is more of an inspiration. Taller players fall further, he noted.

Stromile, a two-year starter, is one of only four players on the team to start on both offense and defense this year.

The way Stromile sees it, that’s just all the more opportunity to seek out a challenge and help his teammates.

Stromile is always chomping at the bit.

“I get to compete against people I haven’t ever competed against,” Stromile said.

He approaches playing on offense and defense with a different mentality.

“As a defensive end, I like to hit the running back, it’s so fun,” Stromile said. “I like to be a hitter, stopping them from throwing, I like to tackle.”

As a guard on the offensive line, Stromile focuses on the player across from him.

“I can’t let that guy beat me,” Stromile said. “On offense you have to compete more than you do on defense. You have to use your blocking skills.”

There’s nothing on offense that Stromile likes more than being a pulling guard to block for a runner. And his small size often means he is under the radar to defensive linemen and linebackers who don’t start the play directly across from him.

“If I pull, I kill the defensive end,” Stromile said. “If he doesn’t see me it’s one of the best hits you can ever put on a player.”

Stromile started playing in the eighth grade. “He (Coach Brotherton) asked me to play. I didn’t really want to, but he got me to try out. By freshman year I was a starter on the offensive line.”

Stromile, like other players, looks up to Brotherton as a father figure. “He’s my daddy. He treats us all the same.”

Stromile’s hard work on and off the field hasn’t gone unnoticed.

“He’s really competitive,” Brotherton said. “He loves competing for high grades. You don’t see that in a lot of students. He works hard and is on the student leadership team.”

Success on the field begins with preparation.

“Everyone is practicing hard,” Stromile said. “My teammates look up to me as a leader.”

His goal for the team is to get better and better. With heavy graduation losses from last year’s team, this year has been a challenge.

Stromile wouldn’t have it any other way.

“We’re going to get better and better,” he said.