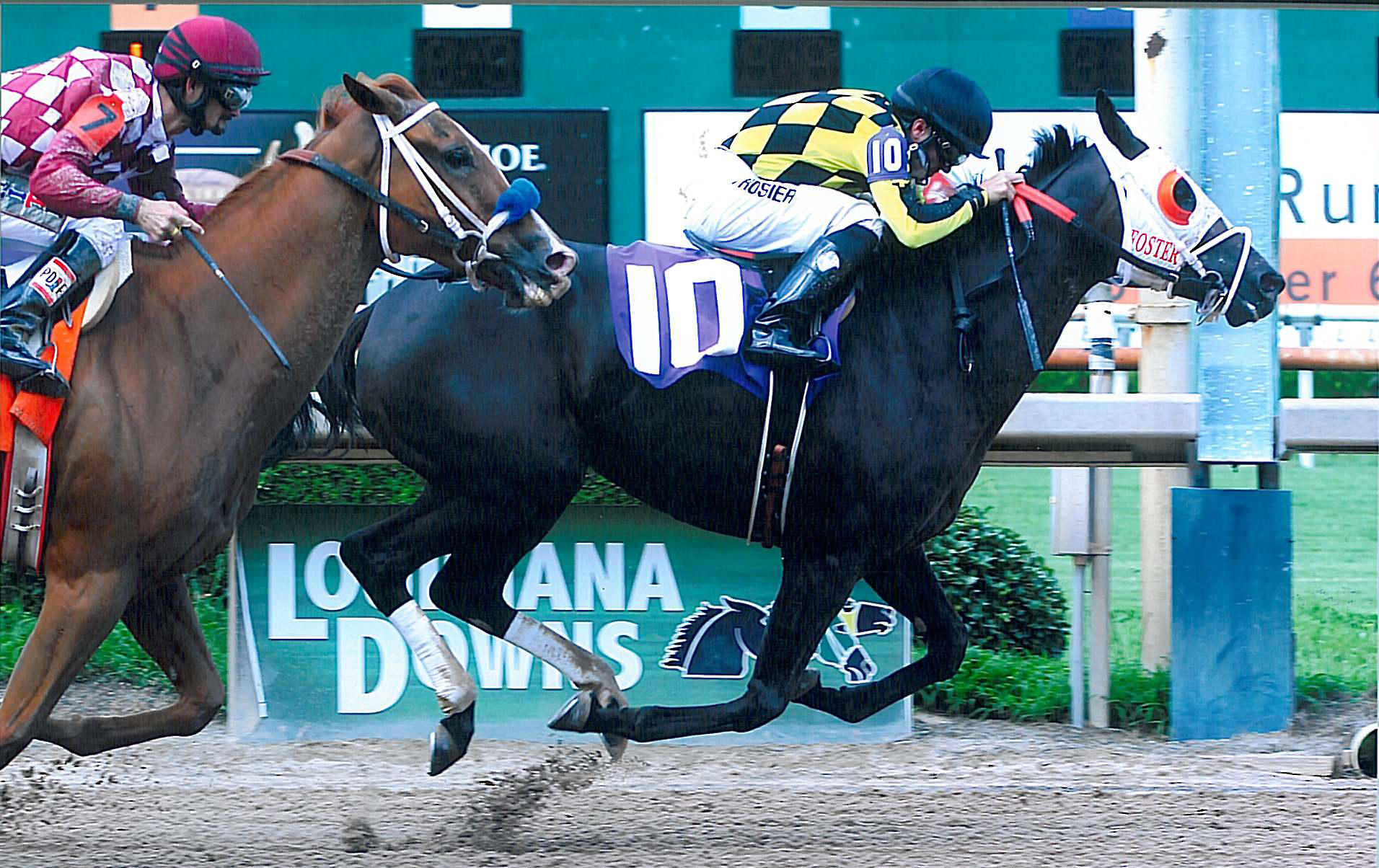 Chris Rosier is living life in the fast lane.

The 33-year-old horse jockey has spent his lifetime at the racetrack, watching as a child from the backside as his father and uncle raced. He got his big break in 2000 when his own career began and Rosier said it has been an adrenaline filled ride ever since.

He entered his first race at age 19 and won, giving him a rush like “no other feeling” he’s ever had. To this day, he still can’t explain the feeling of winning that first race.

“You don’t know what to expect. I thought it would be easy then I fell off a few times and realized it wasn’t,” Rosier said.

Just four years into racing, though, he experienced a life changing event. It was during a race at the Turf Paradise racetrack in Phoenix, Arizona when the unthinkable happened.

The horse he was on reached a full gallop, which Rosier estimated to be 35 to 40 miles per hour, when, suddenly, it fell. Both Rosier and the horse went tumbling down to the track.

Rosier was rushed to the hospital and treated for a fractured collarbone. However, that was the least of his problems that day.

“I went blind,” Rosier said, reliving that day vividly through his memories.

It wasn’t the fall that caused it, but type 1 diabetes. His blood sugar was so high that it began affecting the way his body functioned.

“I never thought about it because I didn’t know what it was,” he explained.

Rosier said that was a turning point in not only his life, but in his career.

Now, Rosier said he’s working his way back to the top and is living proof that hard work and determination pays off. Being a jockey is not only a physical sport, but a mental one.

Rosier said there are high standards to meet that are even a challenge for successful riders.

“We have to maintain a certain weight in order to be one with the horse. A majority of riders have disciplined themselves to what they eat or drink,” he explained. “We also have to keep our minds sharp and be mentally prepared for anything that comes.”

Rosier took his diagnosis as a wakeup call. Doctors told him that he would never be able to race horses again. That was something he wasn’t ready to accept.

“I took a lot of things in life for granted. I took my career for granted,” he said.  “As with any illness, you can’t sit back and let it ruin your life. I don’t look at [diabetes] as a disadvantage or a crutch. I took it and decided to dominate it.”

It took Rosier a year and a half to return to the competitive circuit.

“I’m the only jockey in the country with type 1 diabetes. It’s something I’ve learned to live with,” he said. “I wanted to comeback and prove myself and let my talent speak for itself.”

Rosier maintains a positive outlook on his diagnosis to this day. He takes better care of himself and wears an insulin pump, a daily reminder of the challenges he’s faced in the past decade.

Rosier’s career on the racetrack has taken him many places – Texas, Arkansas, Indiana, Delaware and Illinois…he has even raced in the Kentucky Derby. His career, though, is far from over.

His goal is to “ride the derby again” and to achieve the goals he sets for himself each year.

“The standards I’ve set for myself are something that others might not foresee, but I always set a higher and better goal for myself,” he said.

The reason? He wants to set a positive example for his three children, ages 10, 8 and 3.

“Never give up and never settle for anything but the best. That was not my day to quit riding,” Rosier said. “I will let him [God] be the one that tell me that.”