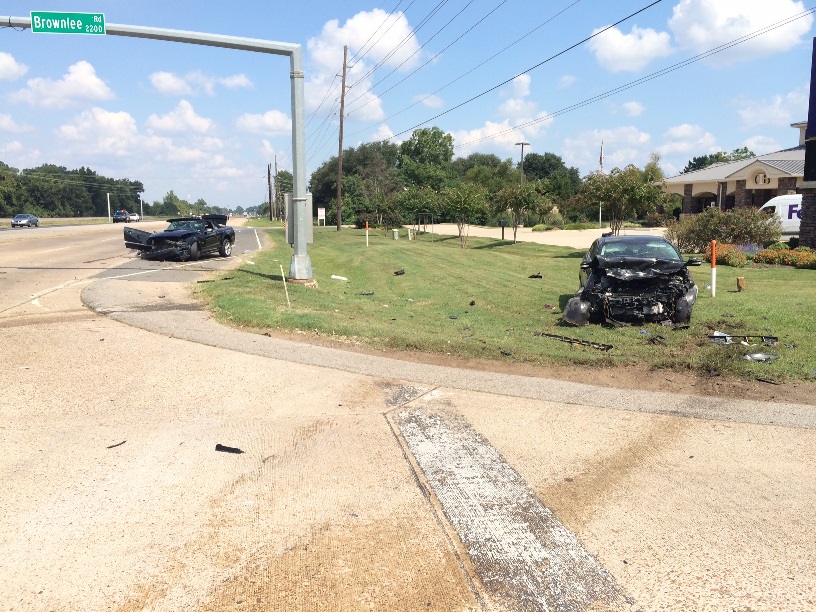 The Bossier City Police Department is investigating a traffic accident that claimed the life of a child.

6-year old Serdeario Thomas Jr. of Shreveport died Saturday of injuries he received when the car he was riding in collided with another vehicle at the intersection of Benton Road and Brownlee Road. Investigators say he was not wearing a safety restraint.

The crash happened just after 11 a.m. Saturday when the Ford Focus that the victim was riding in as a front seat passenger was traveling northbound on Benton Road and collided with a Ford Mustang that was turning left from southbound Benton Road onto Brownlee Road.

Personnel with the Bossier City Fire Department took the victim to University Health in Shreveport where he was pronounced dead. The victim’s mother, 25-year old Quirtisha Allen of Shreveport, was the driver of the Focus and was taken to University Health with what are believed to be non-life threating injuries. It’s not clear if she wearing a seat belt.

The driver of the Mustang, 65-year old Dennis Fuller and his wife, 62-year old Jeannie Fuller both of Stamps, Arkansas were taken to University Health with injuries that are believed not to be life threatening.  Both were wearing seat belts.

No citations have been issued at this time and the investigation into the crash remains ongoing.