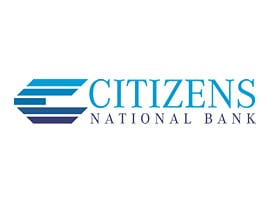 Citizens National Bank is a 36-year old trusted banking
partner based in Bossier City with branches throughout
Northwest Louisiana. The bank, with over $1.3 billion in
assets, is led by President and CEO Jason D. Smith. The
New Orleans region branch is expected to open this fall in
Metairie. In the meantime, Hudson is assembling a staff to serve the area.

“We are excited to have Jim Hudson join our bank as market president and to add him to our
management team. He is a highly respected professional in our industry with an impressive command
of a community bank’s role in helping grow small and mid-sized businesses,” said Jason D. Smith. “Jim
has a long and stellar history in the New Orleans region where he mastered relationship banking and
actively advanced business interests in South Louisiana. He is an asset to his community and our bank.”

Since its founding, Citizens National Bank has been focused on helping small and medium sized
businesses achieve their goals while working with business owners to realize their dreams. Also a
leader in construction and development lending, Citizens has financed the construction of thousands of
homes and millions of square feet of commercial real estate across Louisiana. Most recently, Citizens was
recognized as a statewide leader in funding loans under the U.S. SBA Paycheck Protection Program.

OMNI BANK was sold in October of 2015 to IBERIA BANK (currently First Horizon). At the time of the
sale, Hudson had grown the bank he founded to just under $1 billion in assets with branches throughout
Metairie, the Northshore, the French Quarter, and the River Parishes. Upon selling OMNI, Hudson was
named Executive Vice President and Chairman of Southeast Region-Louisiana of Iberia Bank, and he
helped the bank expand throughout the New Orleans market.

“The story of Citizens closely mirrors that of
OMNI. I admire the leadership of the bank
and its mission to build a better community
one relationship at a time. I know that
business leaders will appreciate the personal
attentiveness of Citizens, and I look forward
to building a team of banking professionals
who can accelerate the growth of those we
serve,” said James M. Hudson.

Metairie native and longtime New Orleans
area banker Lyle Jeansonne is also a member
of the Citizens National Bank management
team where he serves as Executive VicePresident and Chief Credit Officer. Said
Lyle Jeansonne, “I am thrilled for Citizens
National Bank to expand into the Greater
New Orleans market. As a former credit officer for New Orleans-based institutions First Commerce
Corporation and Hibernia National Bank, I understand the needs of businesses in this area, and I look
forward to working with Jim, Jason and our Metairie based team to provide our business community
with our unique brand of service.”

Hudson joins Citizens National Bank from First National Bankers Bank (FNBB) where he served as
President and Chief Executive Officer. Hudson also served as Senior Lending Officer of First National
Bank of Jefferson Parish before opening OMNI BANK. He currently serves on the board of directors of
the Discovery Health Science Foundation Academy and the Jefferson Community Foundation. Hudson
is also the past Chairman of the boards of Community Bankers of Louisiana, Greater New Orleans, Inc.,
the Jefferson Business Council, and the East Jefferson General Hospital Board.