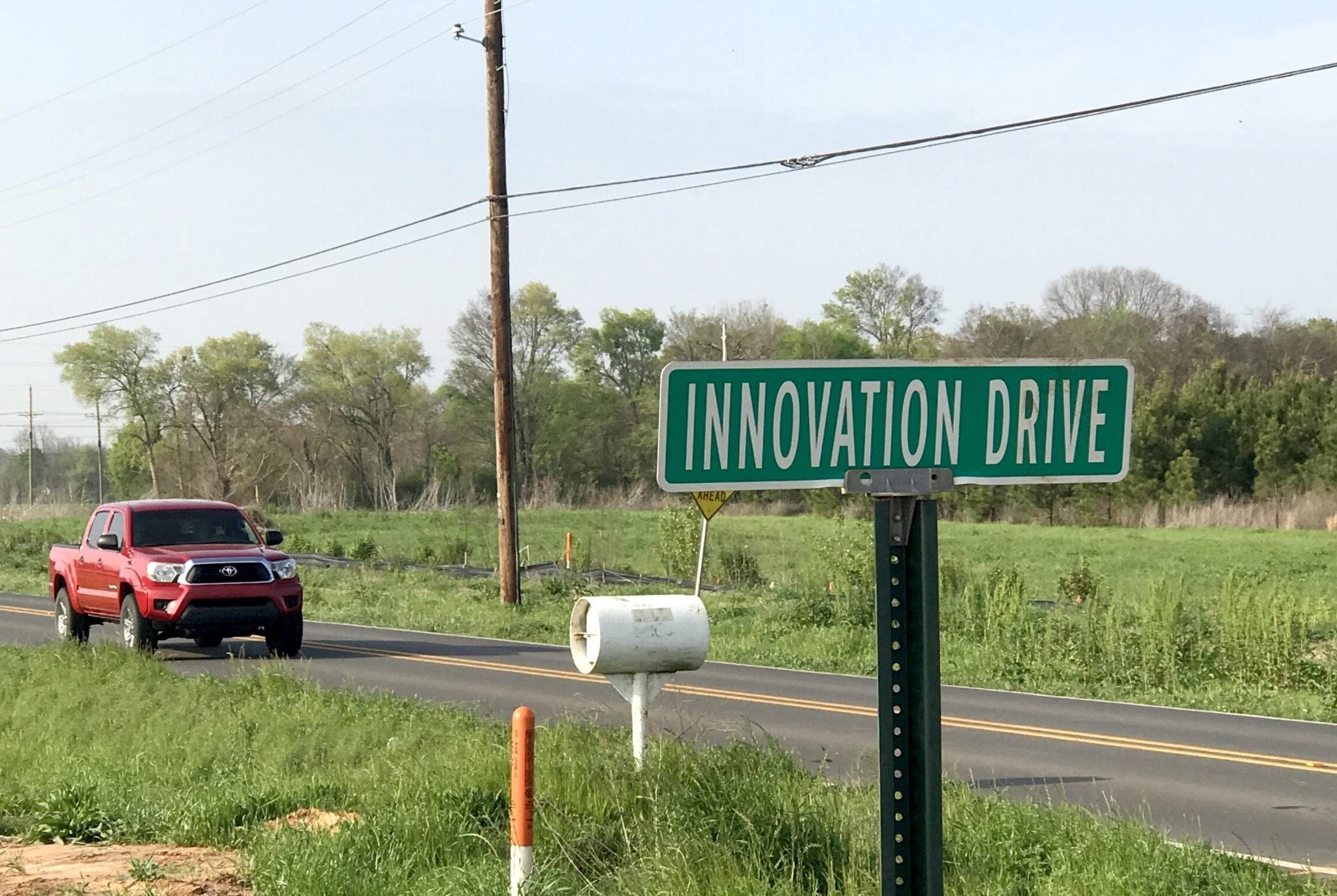 With the opening of the new Holmes Honda dealership, the city is already moving ahead on extending Innovation Drive again, bringing it all the way from Swan Lake Road to Airline Drive.

“Last year and the beginning of this year we completed a little stretch of the street in front of the Honda dealership to provide access there,” Hudson said. “We thought it might be smart to continue the street all the way over to Airline Drive.”

Now, the plan is for Innovation Drive to connect with Airline Drive between Miciotto Lane and Greenacres Boulevard.

“The benefits are numerous, and among those are some traffic relief from Airline Drive. Folks can more easily get over to Swan Lake Road and back again to the Stirling Shopping Center.”

The extension of Innovation Drive will also open up a fair amount land for future commerce.

This land, currently owned by Greco-Misciotto Properties, could provide prime locations for businesses due to the visibility of the area from I-220. Hudson mentioned that there were already rumors of interest, and perhaps even more car dealerships.

Due to wetlands occupying some of the area of this proposed project, the city obtained the assistance of the United States Army Corp of Engineers (U.S.A.C.E.). While these areas provide habitats for numerous species they also serve to collect waters that would otherwise flood and erode land that is not equipped for heavy rainfall. The U.S.A.C.E., Vicksburg District will relocate and replicate these vital areas, a process which is already underway.

“They say it’ll take three to four months,” Hudson said, “but we’re hoping to do better than that.”

After the preparation of the land is complete, the city will put the project out to bid publicly and commence work on the extension.

The plan for the extension to Airline Drive includes a 3-lane street with improved drainage and street lights.

The project is expected to come at around a final cost of $10 million.

“The mayor, city staff and the city council can all imagine the benefits of new infrastructure and how it might bring in new businesses that’ll pay property taxes and sales taxes,” Hudson said.

The new project estimate is below the initial projections of $15 million quoted in early 2017, and that number did not include the cost of addressing the wetlands.

The construction of the project is expected to take between eight to 10 months, but Hudson says that it won’t be hard to build.

“There’s no traffic control or issues with working around other businesses. We’ll just be building the street ‘cross-country’ so to speak.”

Benton Man Arrested for Rape of a Juvenile