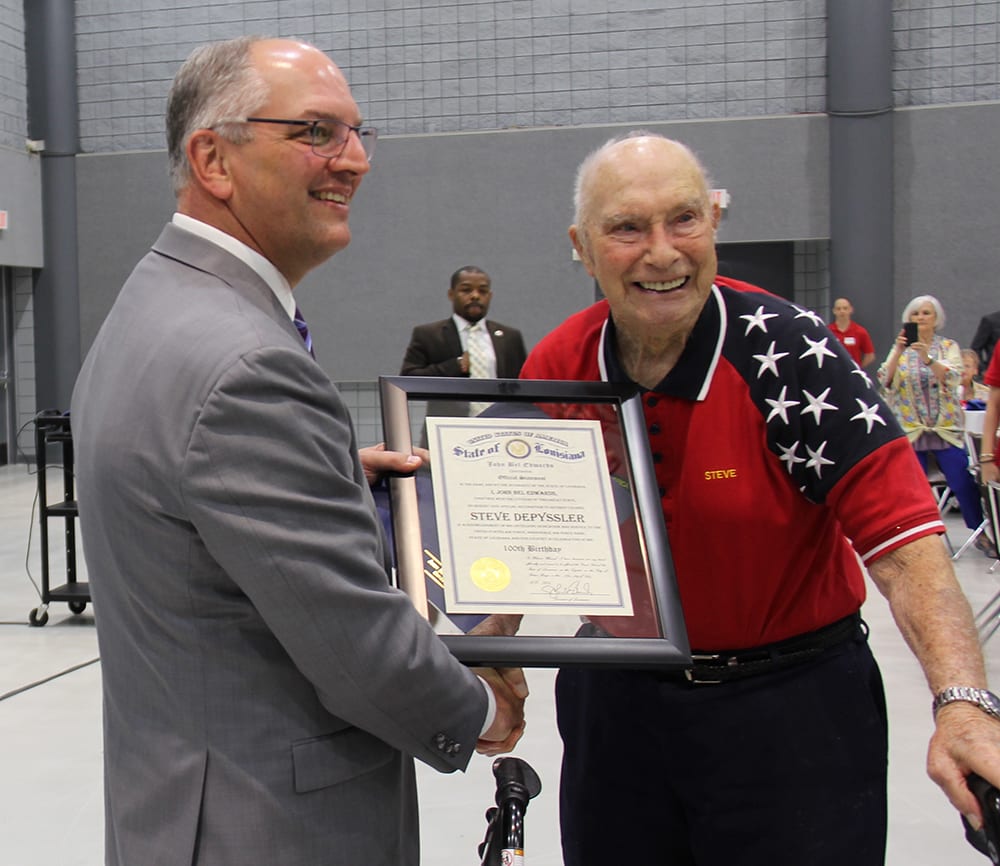 Retired Air Force Col. Steve dePyssler turns 100-years-old today, but on Friday, July 19, there was a sold-out birthday celebration for him at the Bossier City Center with more than 300 guests.

Col. Steve dePyssler is a veteran of four wars starting with WWII and served on active duty for 38 years.  For the past 40 years, he has volunteered at the base retiree office, helping so many veterans and their family members, as well as contributed so much to Bossier Parish and Louisiana in support of veterans.

You can read more about his life and legacy ahead of his 100th birthday here.

You can see photos of the event below: