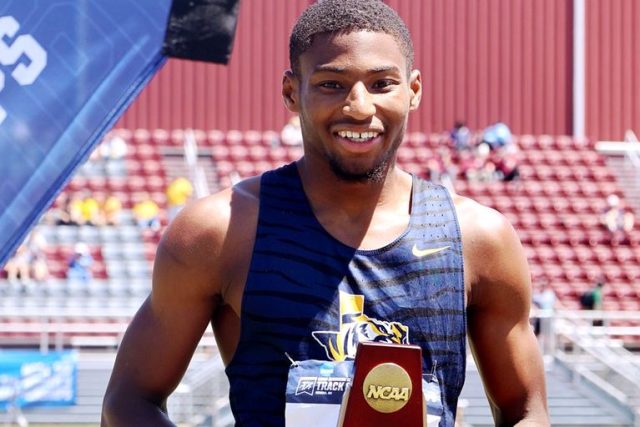 Miller became the program’s first-ever All-American at the NCAA Division III National Meet in Geneva, Ohio, by finishing eighth in the 400-meter dash.

Miller qualified for the the finals with a time of 47.38 seconds in his preliminary heat, the seventh best time out of 20 participants. He ran a 47.86 in the finals.

He was an NJCAA Academic All-American at BPCC in 2018. He qualified and competed in the NJCAA Division I Championships that year.

Miller is the son of Laletia Conway. His uncle, Hollis Conway, is a two-time Olympic medalist in the high jump.

Before 2022, ETBU never had qualified any student-athletes for the sprinting events at nationals since starting the program in 2013-14,  competing in just long distance and field events.