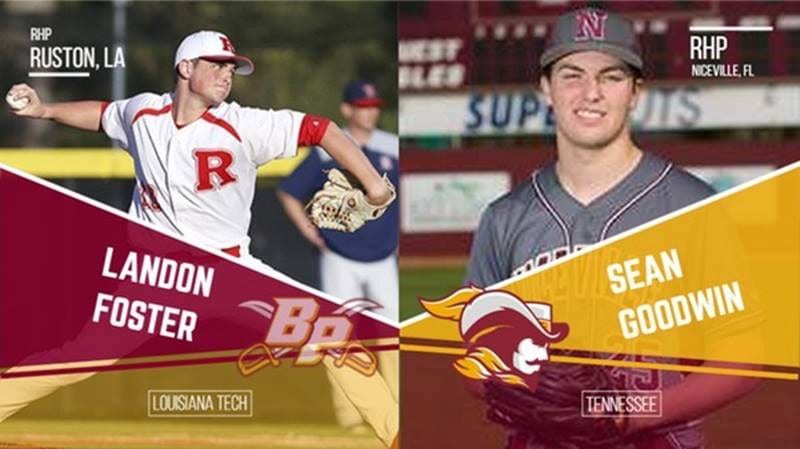 Sean Goodwin, is a 6-foot-5, 235-pound right-handed pitcher who comes to BPCC from the University of Tennessee.

“Sean was ranked as a Top 140 player in the state of Florida before signing with Tennessee,” said Gilliam. “Our region is one of the best NJCAA Division 1 baseball conferences in the country and we are pleased that Sean has decided to become a Cavalier. We look forward to working with him as an important contributor to our pitching staff and team.”

Landon Foster is a right-handed pitcher from Ruston and comes to BPCC from Louisiana Tech.

“He was first-team All-District and Pitcher of the Year in District 2-5A, and he was an All-Area pitcher and was first-team Class 5A All-State selection last in 2019,” said Gilliam. “Landon was also 11-0 at Ruston last year and had an outstanding season. He has demonstrated that he knows how to pitch and we look forward to his joining our staff.”

Gilliam believes he’s put together a solid class of recruits, but is excited to add Goodwin and Foster to the current roster, and the impact they’ll have on the 2020 season.

“We have an excellent signing class for next fall but are looking forward to these players joining our team and working to contribute in the upcoming season.  We are continuing to improve our program and these players will play an important role in that improvement. Also, we have a number of current players who have committed to Division I schools and other programs. We will have future announcements on their signings soon,” he said.