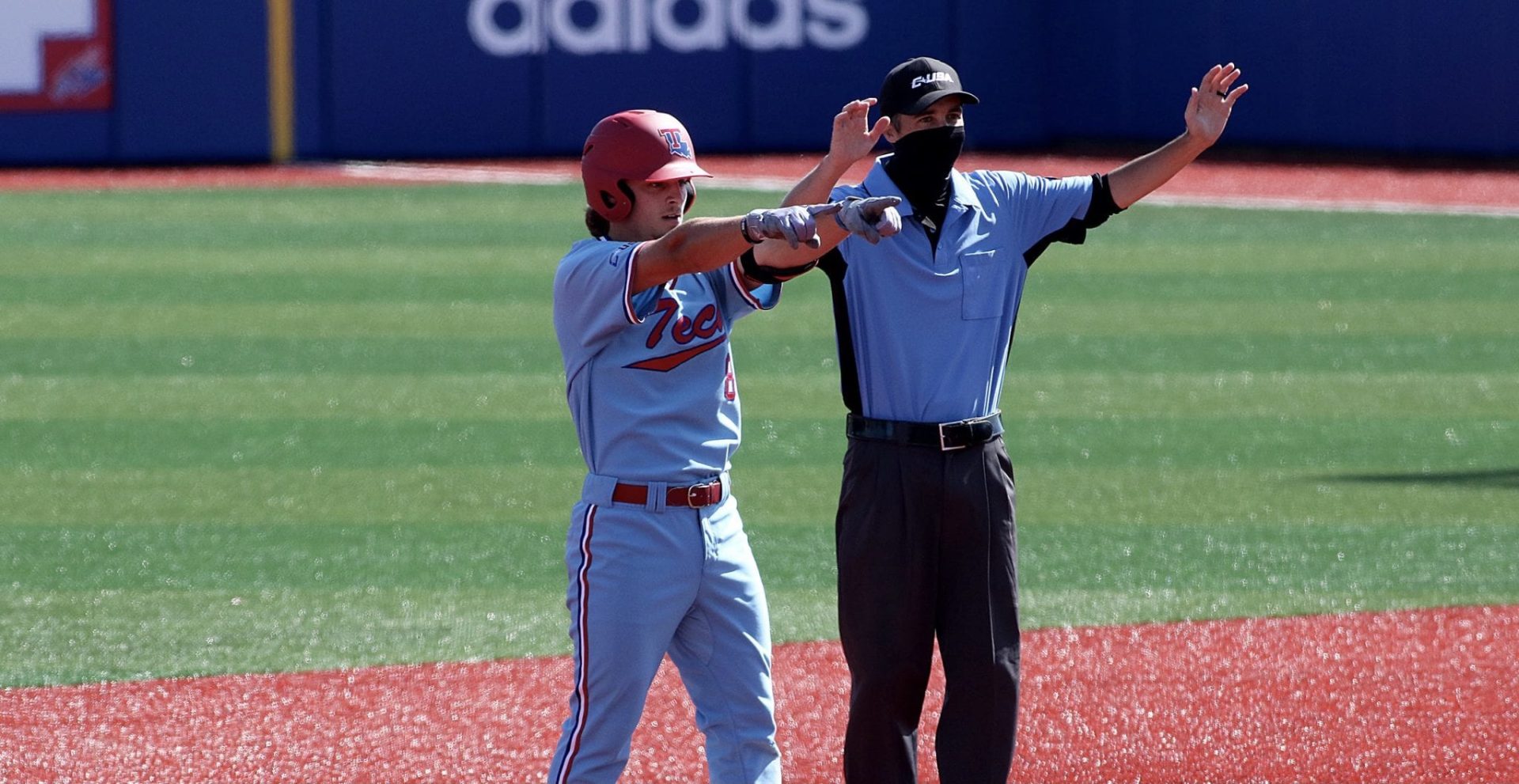 RUSTON — No. 16 overall seed Louisiana Tech will host its first NCAA Regional in program history starting on Friday when the Bulldogs open their ninth regional appearance against Rider (23-16). First pitch at J.C. Love Field at Pat Patterson Park is set for 6 p.m.

The Ruston NCAA Regional will mark LA Tech’s ninth appearance in the NCAA postseason and second since 2016. The Bulldogs went 2-2 in their most recent trip to an NCAA Regional, defeating Southeastern Missouri 9-4 before knocking off Cal State Fullerton 6-2 in back-to-back elimination games.

The Bulldogs are 11-16 all-time in NCAA Regionals. With three victories this weekend, LA Tech can advance to its first NCAA Super Regional appearance in school history.

With a win on Friday night, the Diamond Dogs would advance in the winner’s bracket to play the winner of No. 2 seed NC State (30-17) and No. 3 seed Alabama (31-24) at 6 p.m. on Saturday. With a loss, the Bulldogs would face the loser of the first game of the day on Friday between the Wolfpack and Crimson Tide at 2 p.m. on Saturday.

Friday’s meeting between Louisiana Tech and Rider will mark the first matchup between the two schools. LA Tech, who played six games in five days during a rollercoaster of a C-USA Tournament, will face a Rider team that went a perfect 5-0 in the MAAC Tournament to earn an automatic-qualifying bid to the NCAA Tournament. The Broncs’ victory over heavily-favored Fairfield (37-3), who made the NCAA Tournament with an at-large bid, marked their first MAAC title since 2010.

No. 16 overall seed Louisiana Tech had five Conference USA All-Tournament Team honorees – Manny Garcia, Hunter Wells, Parker Bates, Steele Netterville and Hunter Wells. The Bulldogs recorded all four of their wins in walk-off fashion to advance to the C-USA Championship game on Sunday afternoon. Despite trailing 5-4 entering the bottom of the ninth, Bates launched a towering home run over the batter’s eye in center field to send the game to extra innings.

First Team All-Conference USA recipient Kyle Battle, however, won the game for the Old Dominion Monarchs in the top of the 10th with a two-run home run on a two-strike count with two away in the inning. Second baseman Taylor Young helped bring the tying run to the plate with a two-out walk in the bottom half, but ODU induced a groundout to end the wild weekend in Ruston.

At the end of the regular season, Wells paces the C-USA with a .366 batting average and 90 base hits. Wells’ 90 hits also rank second nationally and have him just two hits away from not only breaking the all-time hits record in Bulldog history, but also his own single-season hits record of 91 set back in 2018.

It took 55 games for Young, the C-USA’s Defensive Player of the Year, to commit his first error. The star second baseman holds a .996 fielding percentage despite facing 252 chances this season. Young leads the Bulldogs with 31 turned double plays and 141 assists.

Riding a five-game winning streak into the tournament, Rider has three batters with a batting average over .300 (minimum 55 at-bats). While the Broncs have tallied just 19 home runs this season, they’ve amassed 62 doubles in just 39 games. Outfielder Sean McGeehan paces the Broncs with nine doubles, five home runs and 31 RBI. McGeehan also has swiped 12 bags on just 13 attempts to lead his team in stolen bases.

On the mound, ace Pete Soporowski and stopper Cal Stalzer highlight a Broncs’ pitching staff that’s posted a 4.18 ERA so far this season. Soporowski leads the team in innings pitched (59.0), strikeouts (59) and pitching victories (six). Stalzer paces the Broncs with six saves while maintaining a 2.81 ERA. The right-hander delivered four shutout innings while allowing just two hits and no walks to secure Rider’s third MAAC Championship in program history this past Friday.