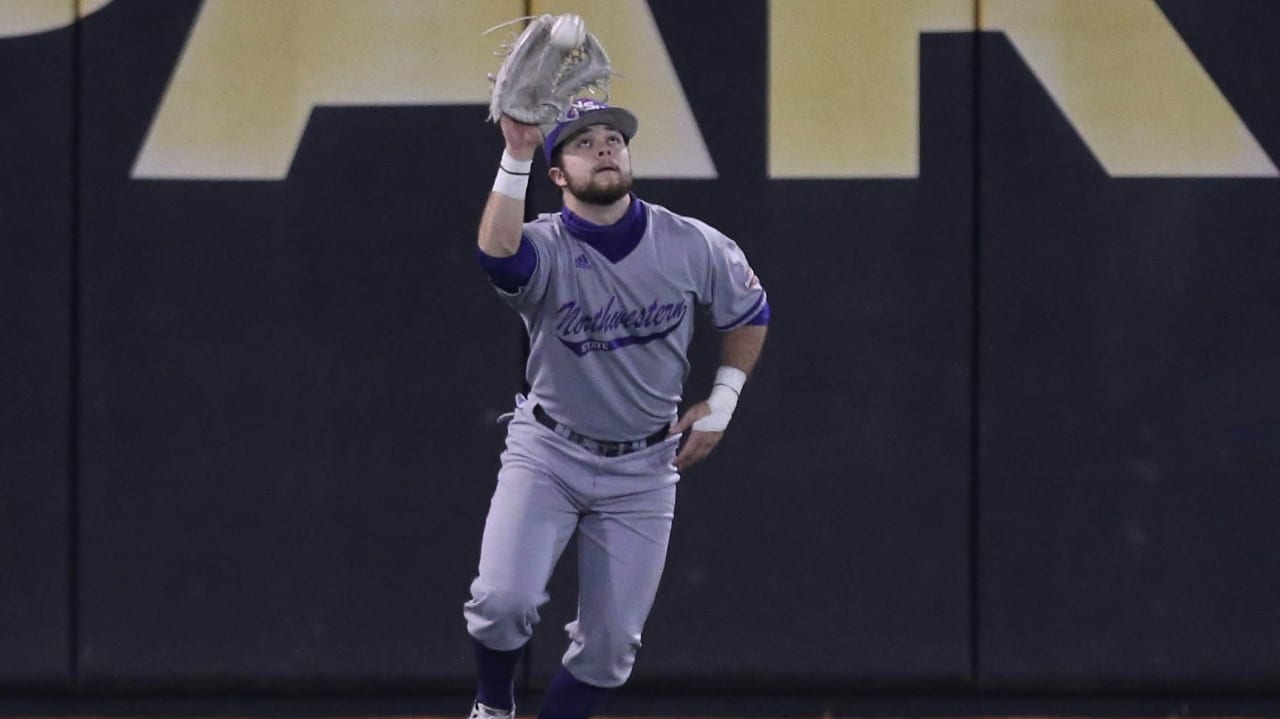 HATTIESBURG, Miss. —  Win or lose, Bobby Barbier said he would have been proud of his Northwestern State baseball team on Opening Day 2021.

A 7-1 win in the nightcap of Sunday’s doubleheader at Southern Miss only added to his good feelings.

“I told them before the game I would be proud of them whether they played well or not – as long as they played hard, and I think we did that today,” said Barbier, who opened his fifth season at the helm of his alma mater. “Did we strike out too much? Sure. Did we walk too many guys? Sure. We did a lot of things that looked like a team that hadn’t been outside too much. If we continue to get better – I thought we were better today at the end of the day than the beginning – that’s what this team needs to do day in and day out.”

The Demons (1-1) got a wake-up call late in their 5-1 loss in the opener when Kendall Foster smacked a solo home run in the eighth inning to break up the Golden Eagles’ shutout.

After Marshall Skinner’s first-inning RBI double put the Demons up, Foster homered in his second straight at-bat, this one leading off the second inning to double the lead.

Foster wasn’t finished as he capped NSU’s three-run third inning with an RBI single to score Hilton Brown, who doubled home the first two runs of the inning.

“I’ve worked so hard this fall,” said Foster, who finished the doubleheader 3-for-7 with three RBIs. “Even when we couldn’t play because of COVID, I worked my hardest. Everybody on the team did. When you put in the work, you get results.”

The Demons’ offensive surge made life easier for the four pitchers who worked the nightcap.

Cal Carver started and battled through an uneven four innings before freshman right-hander Alex Makarewich (1-0) made his NSU debut.

Makarewich threw two scoreless innings with four strikeouts before running into trouble in the seventh. After loading the bases via three walks, Makarewich gave way to Donovan Ohnoutka, who issued a walk after a run-scoring passed ball before striking out the final two batters of the seventh inning to squash the Southern Miss (1-1) threat.

“I was really excited to get out there and play,” Makarewich said. “Coming in with a five-run lead makes it much easier and a lot less stressful for your first outing. I’m really happy Donny was able to get out of it for me.”

Makarewich was one of three Demon freshmen who made their pitching debuts Sunday.

Drayton Brown tossed a scoreless ninth inning in the nightcap, striking out a pair, while Micah Berens worked the final 1 2-3 innings of the opener, walking one and striking out one without surrendering a hit.

The four Demon arms in the final game allowed only two hits, helping NSU survive 10 walks on the mound and 19 strikeouts against three Golden Eagle pitchers.

“We had three guys touch the mound for the first time in their careers, and that’s pretty impressive,” Barbier said. “It wasn’t planned that way at all. They prepared well. I was proud of the way they competed and how aggressive they were. As long as we were aggressive today, I was going to be OK with the outcome.”

Skinner led NSU’s 12-hit attack in the second game, going 3-for-5 with a pair of RBIs while Cam Sibley (2-for-4, RBI double) and Daunte Stuart (2-for-4) joined Skinner and Foster in the multi-hit category.

That offensive production stood in stark contrast to the opening game when right-hander Hunter Stanley (1-0) handcuffed the Northwestern State offense.

Stanley limited NSU to one hit – former Benton star Cameron Horton’s two-out double in the second inning – in six innings, striking out 13 while issuing one walk.

Stanley’s performance made the single run the Golden Eagles scraped together off Johnathan Harmon (0-1) in the opening inning enough.

Foster, who nearly robbed DJ Lynch’s two-run home run in the fourth, kept the Demons from enduring the opening-game shutout and set in motion Northwestern State’s first win against Southern Miss since 2010, ending NSU’s five-game losing streak in the series.

“Kendall’s a pretty talented hitter,” Barbier said. “He really is. It was a toss-up of who would play centerfield today. He took advantage of his opportunity, and I’m very proud of him.”