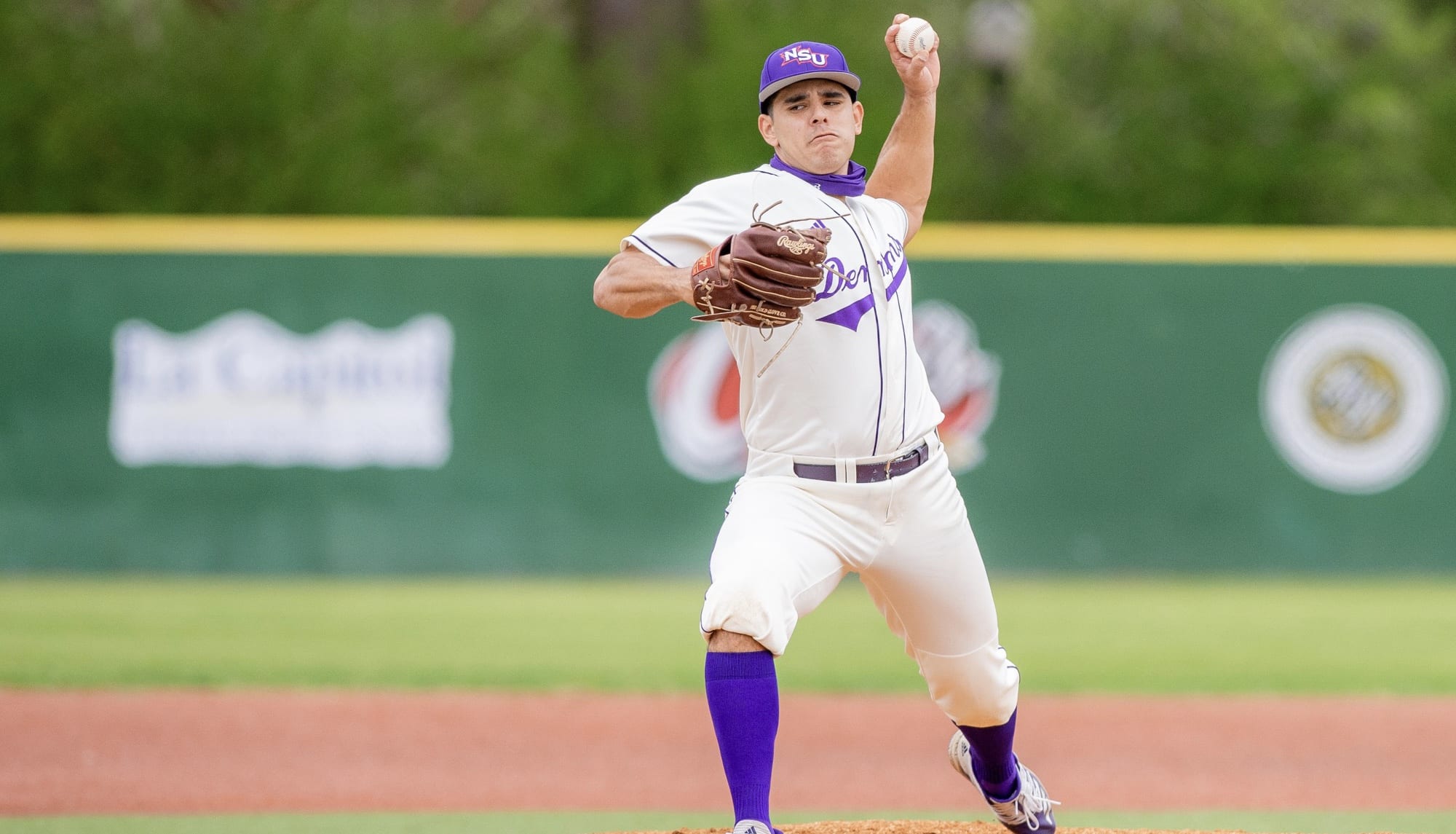 The game wrapped up the teams’ four-game Southland Conference series. NSU (13-13, 7-5) won the series three games to one, its first conference series victory of the season.

Taylor pitched the final 2 2/3 innings, earning his first career win in the longest outing of his career.

Taylor relieved Micah Berens in the eighth inning and stranded runners on the corners to keep the Demons ahead 5-4.

After Grayson Tatrow led off the ninth inning with a double and scored on a wild pitch, Taylor recorded a perfect 10th inning to secure the victory.

“I think we’ve thrown every pitcher on the roster from last Sunday to today,” NSU fifth-year head coach Bobby Barbier said. “CT came in and gave us a chance by filling up the strike zone.

“Their guy, who’s a good hitter, hit a breaking ball for a double in the ninth, but he was able to go back out in the 10th and get it done. He had to face the two leading batting average guys in the league in (Mitchell) Dickson and (Colton) Eager, but he got it done.”

Davis’ first hit brought home Larson Fontenot and cut a 3-1 deficit to one-run in the top of the fifth.

Fontenot and Davis hit back-to-back doubles in the eighth to tie the score at 4. NSU then added another run to take the lead before Abilene Christian tied it in the bottom of the ninth.

Jeffrey Elkins’ game-winning hit, his second in the past four days, in the 10th gave the Demons the 6-5 lead.

“We fought really hard,” Barbier said. “We had great at-bats all game. The score was a lot lower than the quality of our at-bats. We hit some balls hard with men on base, and they made some nice plays. They had a diving catch in the outfield on one of them.”

The win was a top-to-bottom effort offensively and on the mound.

Elkins’ two-out RBI single in the 10th marked the 14th hit for the Demons, a season high. All nine starters had at least one hit while five – Elkins, Davis, Daunte Stuart, Cam Sibley and Fontenot – all had two-hit games.

“We played a lot of guys this weekend in different roles,” Barbier said. “When we play five games in a week, we need that. It’s hard to have energy playing four games in three days. We learn every weekend how to do a better job of it. We had contributions from everybody. Take Larson Fontenot, who played great all weekend. He’s been sitting and watching, but he stays ready with a great attitude. Those guys help you win in the long run.”

The Northwestern State offense put at least one runner on in every inning, but did not dent the scoreboard until a fifth-inning RBI single by Marshall Skinner that capped a two-out rally that started with a Lenni Kunert hit by pitch.

The offense picked up an NSU pitching staff that issued 13 walks and threw two run-scoring wild pitches but kept the Wildcats (16-11, 8-8) from delivering hits at key times.

The Demons return to action Friday when they host Lamar in the opener of a four-game Southland Conference series. First pitch is set for 6:30 p.m. at Brown-Stroud Field.