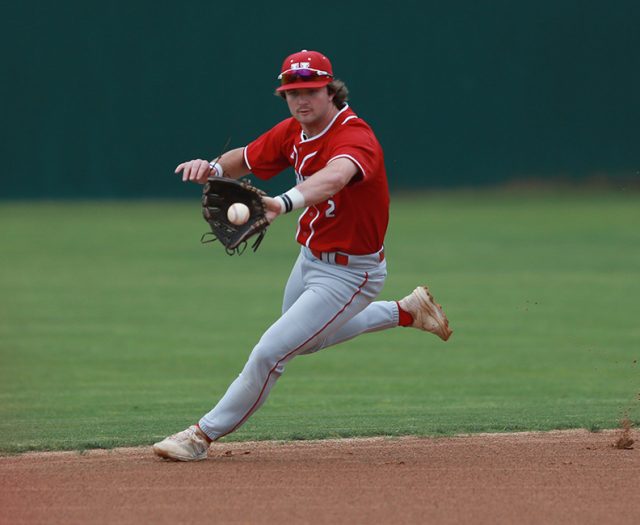 Stovall was named third-team All-America at first base by Baseball America. He was also named the SEC Freshman of the Year by D1 Baseball.

“The team was voted on by the scouting departments of 14 MLB organizations,” an Arkansas press release stated. “Baseball America annually polls major league teams to vote for its preseason All-America team, asking that they make their selections based on performance, talent and professional potential.”

Stovall was expected to be a high pick in the MLB Draft but decided to opt out and continue his career at Arkansas, turning down a potentially lucrative signing bonus.

Stovall was a four-year starter at Haughton, playing both second baseman and shortstop.

He was a three-time first-team All-Parish selection, including MVP last season. The only thing that prevented from being a four-time selection was the coronavirus pandemic, which forced the cancellation of the second half of the 2021 season.

Arkansas opens the season Feb. 18 with the first of a three-game series against Illinois State.

The Razorbacks are ranked No. 4 in both the National Collegiate Baseball Writers Association and USA Today Coaches preseason poll.