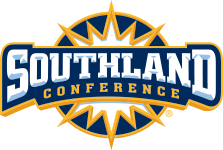 New Orleans’ Amani Larry, a former Parkway star, has been named the Southland Conference’s Newcomer of the Year.

Larry, a sophomore, was also a first-team selection at second base.

Larry is hitting .370 and leads  the conference in on-base percentage (.476). He has also scored 59 runs, drove in 49 and hit six home runs. In addition, he has 16 stolen bases. All of those marks ranked in the top ten in the Southland.

New Orleans’ Pearce Howard was named the Hitter of the Year.

He is the conference leader in RBI with 61 and is hitting .343. He has nine doubles and seven home runs. In early May, Howard added to a decorated career when he became the program’s all-time hits leader and he is four RBI away from taking the top slot in that category.

Willis, a Weatherford College transfer, finished his first regular season in a Northwestern State uniform with a flourish, going 14-for-28 with three doubles, four home runs and 14 RBIs in a seven-game stretch from May 6-14.

He shared the team lead in home runs (11) with Jeffrey Elkins and paced the Demons with 45 RBIs, the most by a Demon hitter since David Fry’s 55 in 2018. Willis’ 11 home runs are tied for second in the Southland while his RBI total places him sixth. Willis’ .536 slugging percentage was good for eighth in the conference.

Harmon, a sophomore right-hander from Hornbeck, led the Southland Conference in starters’ ERA in the regular season, pitching to a 3.04 mark while posting a 5-5 record as the Demons’ No. 2 starter throughout the season.