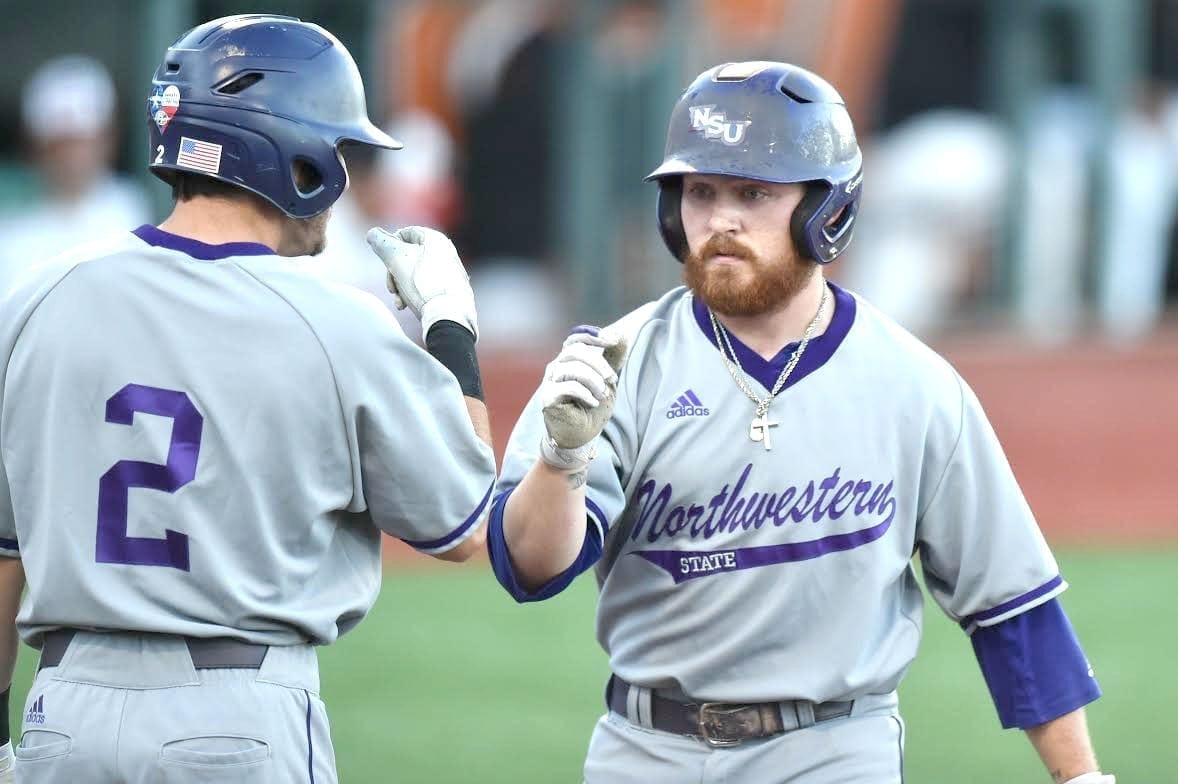 The Northwestern State baseball team has played its best with its back to the proverbial wall this season.

They will have to do it again.

The fourth-seeded Demons held tight early with No. 3 national seed Oregon State in the nightcap of the NCAA Corvallis Regional on Friday night before the Beavers broke things open with a four-run sixth inning in a 9-3 victory against Northwestern State.

Northwestern State had its chances against Oregon State right-hander Bryce Fehmel (10-1) thanks to the bottom four batters in the order.

What the Demons were unable to do was string together much offense against Fehmel, who scattered six hits and two earned runs in 7 2-3 innings before Dylan Pierce recorded the final four outs of the game.

“We keep track of hard-hit balls, and we had 17 of them tonight,” second-year head coach Bobby Barbier said. “That team over there is very good. They make it really hard for balls to find turf.”

In a scoreless game in the third, the Demons cracked the door for the Beavers (45-10-1) as a two-out error set up Nick Madrigal’s two-run single against Ridge Heisler (7-3).

Those two unearned runs gave Oregon State life against Heisler, who started a 1-6-3 double play against Madrigal to end the first inning.

However, Madrigal and the Beavers offense got going in the third and added on in the fourth on Kyle Nobach’s two-run home run.

“You’ve basically got to throw everything you have the first time around just to get them out,” Heisler said. “When you come back around, they’ve seen everything you’ve got. They adjust pitch by pitch. They’re that good of a team.”

While the Beavers got to Heisler, the Demons struggled to build much extended offense against Fehmel.

Lenni Kunert had the best offensive night for the Demons, going 3-for-3 with a home run and a double. It was Kunert’s second straight three-hit game, joining his 3-for-4 performance in the Southland Conference Tournament championship win against New Orleans on May 26.

“He’s a really good pitcher,” Kunert said. “He’s been tough all year, doesn’t have many losses. I was just trying to get up there, get a good pitch, stay in good counts and let the barrel fly in a tough atmosphere.”

Kunert had a hand in the Demons’ second run, lacing a double to left that Nobach bobbled, allowing Luke Watson to score a two-out run in the seventh.

Sam Taylor added his first career home run, a solo shot to left, in the eighth inning, capping NSU’s six-hit attack, one that ended with three consecutive hard-hit outs in the ninth inning.

“I’ve discovered a lot about this team all year long,” Barbier said. “I dread the day where I don’t get to coach them anymore. They have come out and played their tail off every time. Have we been perfect? No, we haven’t. We’ve had innings like the one inning where we made mistakes. I know they’ll come out and compete their tail off tomorrow, and if we’re good enough, we’ll win.”