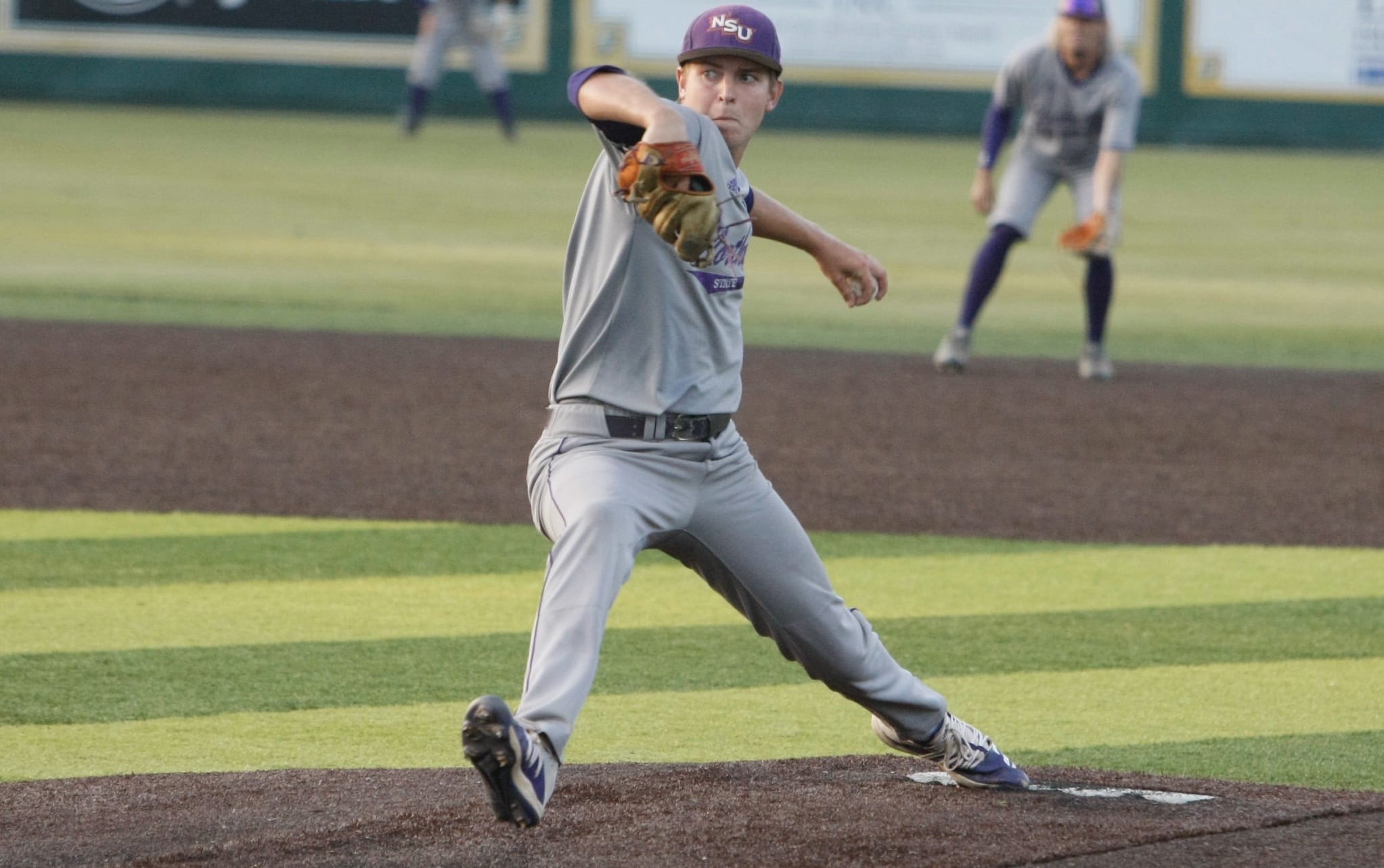 HAMMOND – For the first time in more than a month, the Northwestern State baseball team felt the sting of a one-run game that went against it.

Evan Keller’s solo home run in the eighth inning snapped a 1-all tie and lifted Southland Conference Tournament host Southeastern Louisiana to a 2-1 win against the Demons in the a first-round game Wednesday night.

Down to their final strike after reliever Trey Shaffer (3-3) retired the first two hitters in the ninth, the Demons loaded the bases on a Jake Haze walk, a Marshall Skinner single and a Larson Fontenot hit by pitch.

After Shaffer fell behind Daunte Stuart 2-0, he recovered to even the count before getting Stuart to hit into a game-ending fielder’s choice as the Demons saw their eight-game win streak in one-run games come to an end. Northwestern State fell to 13-8 in one-run games this season, dropping their first such decision since a 3-2 loss to Lamar in game two of an April 11 doubleheader.

Northwestern State starter Cal Carver and Southeastern Louisiana starter Will Warren matched each other pitch for pitch through the first six-plus innings.

Carver allowed a first-inning run on a Gaby Cruz sacrifice fly before settling in and retiring 11 straight Lions before Rhett Rosevear’s leadoff single in the fifth inning.

While the Demon offense scratched out a run as Cam Sibley scored on Warren’s third-inning wild pitch, the Demon defense backed Carver with big play after big play.

Carver threw wildly trying to pick off Rosevear, but Stuart chased down the errant throw and threw a one-hop strike to Jake Haze at third, which allowed Haze to tag out Rosevear as he overslid the bag.

Still in a 1-1 game an inning later, Lenni Kunert turned a line-drive into an inning-ending double play off a failed SLU hit and run.

“That first inning, I was sweaty, and I lost my grip on the change-up,” said Carver, who allowed two hits and one run in 6 2-3 innings. “I was able to get the grip down, and Austin (Kirkpatrick) called it a lot. (Jake) Haze had a big play in the third inning that was reviewed. That was huge.

“Daunte picked me up on my mistake and threw it from the bullpen to third base on a one-hopper. Lenni made a big-time double play on a ball a guy smacked. You know when you have that defense behind you, it makes you settle in on the mound.”

Even armed with the momentum after those key plays, the Demons were unable to scratch another run off of Warren and Shaffer.

Warren began to tire in the sixth, loading the bases with two outs on back-to-back walks by Jeffrey Elkins and Cameron Horton. However, Kunert flew out to right field to stifle the threat.

Sibley led off the seventh with his second hit, a line-drive double to left-center. He never moved from second as Warren and Shaffer escaped.

Southeastern did what the Demons could not, score against the bullpen as Keller homered off NSU reliever Drayton Brown (2-3), who had entered in the seventh inning and snuffed out a Lion threat with a strikeout.

“That was a good, clean baseball game between two good teams,” Barbier said. “You hate to be on the losing end of that one, but we’ve just got to come out (Thursday). A couple of plays go different ways or a couple of balls find holes, and it’s a different game.

“We have to come out and fight (Thursday). I told them, ‘A lot of times, that game, you lay down for it, because you have to get up early, you’re in the loser’s bracket.’ I think we’ll come out and fight. We’ve got arms down there.”